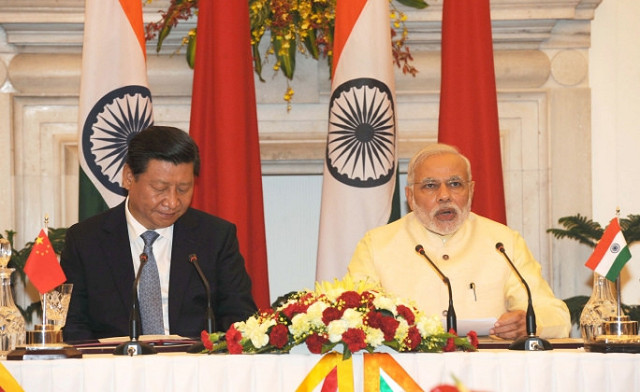 As India’s Economy Booms, Can it Maintain a Healthy Free Press?

India is growing… fast. For the first time in its recent history it became the fastest growing economy in the world with 7.6 percent growth in 2015, beating out China. Some economists believe that India will continue to be the fastest growing economy in the 2017-18 financial year. While India may still be in better shape economically than everyone else, will it be able to lead a thriving and free democracy?

On Monday, it was reported by multiple news outlets that India’s Central Bureau of Investigation raided the homes and offices of the private news channel NDTV (New Delhi TV) co-founders Prannoy and Radhika Roy.

In a statement, the Roys claim that the raids were conducted based on a complaint that they had not repaid a loan to the private bank ICICI in 2007. However, documentation provided by the Roys seems to prove that they repaid their loan more than seven years ago.

In a statement to The Washington Post, Prannoy Roy said that he wasn’t surprised by the raids because of how the media is treated by the government. He said:

His comments suggest that this investigation is not isolated but emblematic of how India lacks a robust free press that is guaranteed by the government.

The questions are reasonable. According to World Press Freedom Index of 2017, India ranks 136 out of 180 possible countries, down three slots from a year before. In contrast, the Palestinian territories and Afghanistan, two places with massive amounts of political instability and non-democratic regimes rank 135 and 120 respectively.

Though India’s Prime Minister Narendra Modi has stated that he believes that having a free press is “vital in a democracy,” his actions since being elected in 2014 contradict that sentiment. In the first months after his election, Modi chose to use state-backed media sources as his primary choice for disseminating information.

In November 2016, the government shut down NDTV for 24 hours, accusing them of reporting on sensitive information when they covered an attack by terrorists on the Pathankot military base. This was done without even needing a court order, and is completely legal under the Indian government.

Furthermore, the laws in India make it significantly easier to curb dissent from media sources. Section 124A of the Indian Penal code, also known as the sedition law, gives prosecutors the ability to issue life sentences based on negative comments against the government.

India may be on the verge of becoming a superpower, but it remains to be seen if the country will be able to accomplish its lofty goals and still allow a free press. Though the Indian government may say that they love the press, they need to start backing up those words with action.

James Levinson
James Levinson is an Editorial intern at Law Street Media and a native of the greater New York City Region. He is currently a rising junior at George Washington University where he is pursuing a B.A in Political Communications and Economics. Contact James at staff@LawStreetMedia.com
Share:
Related ItemsIndiaNDTVPress FreedomPrime Minister ModiSedition