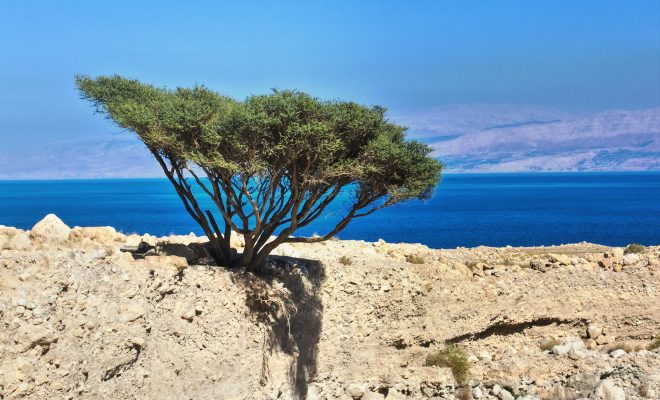 At a convention center on the banks of the Jordan side of the Dead Sea on Wednesday, leaders of 21 Arab states reaffirmed their commitment to a two-state solution for the Israeli-Palestinian conflict. The 28th Arab League Summit had a simple, unifying message: ties with Israel will not be fully normalized until a peace deal with the Palestinians is reached.

As the Arab world deals with a coterie of conflicts–civil wars in Syria, Yemen, and Libya; Islamic State and other terror groups; Iran’s proxy adventures and missile program–leaders showed the decades-old conflict still serves as a unifying force in the region.

The summit meeting comes as the Trump Administration mounts an aggressive campaign to strike a peace deal. President Donald Trump has not thrown his whole weight behind the two-state option, instead opting for whatever approach “both parties like.” And Israeli Prime Minister Benjamin Netanyahu has broadened his language as well; in recent speeches, he eschews the “two-state” label while still saying he supports peace.

Trump is set to meet with a trio of Arab leaders–Jordan’s King Abdullah II, Egypt’s Abdel Fattah el-Sisi, and the Palestinian Authority’s President Mahmoud Abbas–in the coming weeks. Trump’s envoy for the conflict, Jason Greenblatt, was an observer at Wednesday’s gathering. A statement from the U.S. Embassy in Jordan said Greenblatt “listened to their views and ideas, and held a round of bilateral meetings with Arab leaders and other foreign delegations to discuss U.S. perspectives and policies.”

“He reaffirmed President Trump’s personal interest in achieving a peace deal between Israel and the Palestinians and his belief that such a peace agreement is not only possible, but would reverberate positively throughout the region and the world,” the statement added.

Affirming their support for normalizing ties with Israel in exchange for a sovereign Palestinian state, the Arab leaders referenced the 2002 Arab Peace Initiative as a blueprint for a future deal. That initiative calls for a “just and comprehensive peace,” including “full Israeli withdrawal from all Arab territories occupied since” the Six Day War in 1967, in which Israel captured the West Bank, the Gaza Strip, and east Jerusalem.

Israel has rejected the initiative, because it fails to recognize the Jewish people’s ties to east Jerusalem, which contains the religion’s holiest site, the Temple Mount complex. Jordan is a custodian of the fiercely contested site; Jews are currently allowed to visit, but not pray at the site. The initiative also failed to include land swaps for areas of the West Bank inhabited by Israeli settlers, which lay beyond the pre-1967 boundary, a condition Israel says is a pre-requisite for any peace deal.

But for Arab leaders, the West Bank settlements are illegal intrusions on Palestinian land. “Israel is continuing to expand settlements and undermining the chances of achieving peace,” Jordan’s Abdullah said at the summit. In their closing statement, the Arab leaders seemed to recognize the importance the Israeli-Palestinian conflict has for region as a whole, saying “peace is a strategic option” for Arab nations.