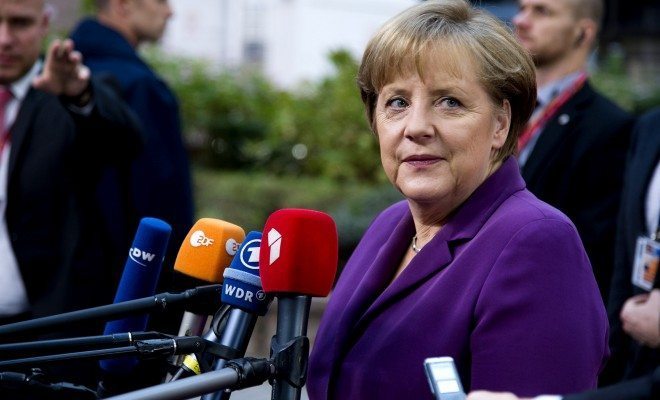 “You can agree with her or not, but she is not taking the easy road.”

So said the accompanying video to TIME Magazine’s announcement that Angela Merkel, the first woman to serve as Chancellor of Germany, was its choice for 2015’s “Person of the Year.”

TIME editor Nancy Gibbs announced the win, saying, “For asking more of her country than most politicians would dare, for standing firm against tyranny as well as expedience and for providing steadfast moral leadership in a world where it is in short supply, Angela Merkel is ‘TIME’s Person of the Year.'”

Merkel is more than deserving of such a title, given that since she assumed her position in 2005, she has led Germany with a compassionate yet sturdy hand, and is now one of the most respected leaders in the whole world. Most recently, she opened Germany to hundreds of thousands of Syrian refugees when many other countries barred them, and steered Europe through dealing with Greece’s debt crisis.

She is also the first woman to be named Person of the Year since 1986, when Filipino president Corazon C. Aquino took home the trophy. In all, you can count the women who have won as individuals (since it was established in 1927) on one hand– excluding 1975 when it ambiguously went to “American women”.

A few women have won as part of a group, including Melinda Gates (with her husband, Bill, and Bono in 2005) and Soo Mei-ling (along with her husband, the Premier of China, in 1937). Still, it has been nearly 90 years since TIME began this annual tradition, and women barely make up 10 percent of the names.

The criteria for winning is making what TIME considers the largest impact on the world that year, whether it was for better or for worse, and I’m pretty sure there have been more than 10 women since 1927 who have made significant impacts on the world. Some men, like Barack Obama, have even won it twice. He beat out activist Malala Yousafzai in 2012 for his second win. Joseph Stalin has also won it twice, but he definitely falls under the “for worse” category (so does Adolf Hitler, 1938’s “Man of the Year”).

So on one hand, props to you, TIME, for breaking your own cycle and naming an admirable woman a title she has deserved since 2005. On the other, why aren’t women more represented?

People have, naturally, questioned Merkel’s win, especially since the reader’s choice poll had Bernie Sanders winning by a large margin.

The @TIME Person of the Year means nothing at all to me but how did Angela Merkel win it over Donald Trump or Bernie Sanders?

Listen here, Bernie supporters: I’m a big fan of Bernie Sanders. I feel the Bern daily. But Bernie has yet to make significant impacts on the world at large, though he has made strides in the United States. Merkel has been affecting the globe for a while now. I’m sure Bernie will get his chance to be “Person of the Year,” hopefully after a few more women win it. And as for you, Donald Trump…

Morgan McMurray
Morgan McMurray is an editor and gender equality blogger based in Seattle, Washington. A 2013 graduate of Iowa State University, she has a Bachelor of Arts in English, Journalism, and International Studies. She spends her free time writing, reading, teaching dance classes, and binge-watching Netflix. Contact Morgan at staff@LawStreetMedia.com.
Share:
Related ItemsAngela MerkelBernie SandersGermanyPerson of the YearRefugee CrisisTIME