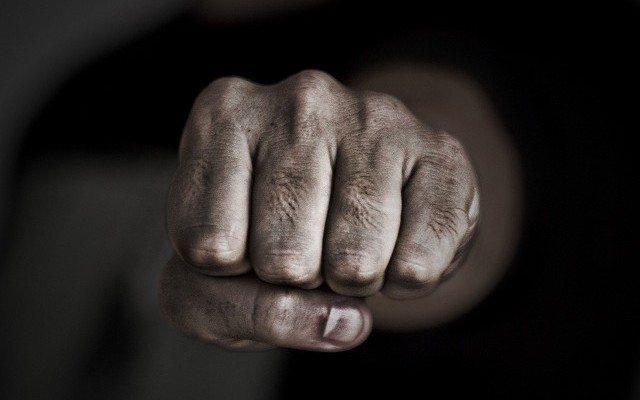 Worst Way to Get Out of Jail? Punch Yourself in the Face and Blame Cops

I have some advice to anyone who happens to read this: if you are going to hit yourself in the face and then blame it on the cops, make sure there are no recordings of it. This is good advice both because leaving behind video evidence will land you in a lot of trouble, and also because if there is a video of you hitting yourself in the face, you will be the source of much ridicule.

Unfortunately for Aleksander Tomaszewski, he did not get my advice in time. Which is why he was recently found guilty of attempted coercion and initiating a false report.

Let’s go back some. Tomaszewski was brought in to the Lane County Sheriff’s Office for questioning on an unrelated case. He apparently was not there willingly, and so he wanted to get away as soon as possible and never have to go back. (Side note: I assume he was afraid of questioning because he knew the first question was likely to be about the spelling of his name, which is probably a question people with a last name like Tomaszewski get asked a lot. I, for one, can see how that would get annoying quickly, and so I definitely do not blame him for doing everything in his power to avoid hearing the question again.)

Just as he sat pondering how he would make his escape, the officers left him alone in his cell. That is when a brilliant idea struck (pun most definitely intended). Taking his only chance at once again seeing the outside world, Mr. Tomaszewski repeatedly hit himself in the face until he had a couple of black eyes.

He then did what any battery victim would do: he signed an assault complaint … against the detectives. It was the perfect crime. For sure, there was no way that it could go wrong. Wait! There was one way … (pssst, in case you have not yet figured out what I am getting at here, this is the part of the story where Tomaszewski could have used my helpful advice from earlier). That’s right: the reason I can say, without pesky qualifiers like allegedly, that this man hit himself, repeatedly, is that it was all caught on film. No wonder people always say there is too much violence on television these days: you can’t even hit yourself until you are black and blue and blame it on your interrogators without it being broadcasted to the whole world anymore.

After he realized he had been caught, Mr. ugh, do I really have to type out his name again Tomaszewski fessed up and admitted that he thought that filing an assault complaint against the cops would be his get-out-of-jail-free card. If only he had done this back before cameras were invented…

After pleading guilty to the coercion and false claim charges, he was sentenced to 20 days for each crime, given a $600 fine, and put on a three-year probation. It is too late for you to follow my advice to destroy all video evidence, Mr. Tomaszewski, but I have some words that I hope will be of comfort to you: this is all technology’s fault, not yours, so there is no need to beat yourself up about it. Oh, wait…I guess my words of comfort come too late, as well.