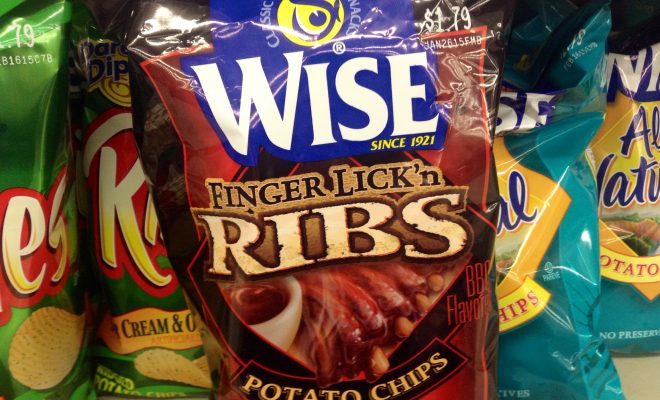 We have all been subjected to the cruel injustice of opening up a new bag of chips only to find that it’s not even half-empty (or full, I guess). On Monday night, as Reuters first reported, two consumers of Wise potato chips said enough is enough, and filed a class action lawsuit in a Manhattan federal court seeking damages for consumers in New York and Washington DC who are being misled by Wise Foods and its bags of air, which contain some potato chips.

Sameline Alce and Desiré Nugent, who are from New York City and DC, respectively, cite in their complaint that Wise Foods leaves its bags 58 percent to 75 percent empty, which is far from the 30 percent that would justify the price consumers pay for the bag.

The 30 percent benchmark that the plaintiffs are referring to comes from the food industry standard known as functional slack-fill. The U.S. Food and Drug Administration defines nonfunctional slack-fill as the empty space in a package that is filled to less than its capacity for reasons besides things like protection from damages during shipping and handling, or the need for the package to perform a specific function. Certain states like California have certain protections for consumers regarding slack-fill, according to The National Law Review.

Over the years, there has been a growing trend of nonfunctional slack-fill cases. In 2015, according to The National Law Review, a class action lawsuit was filed against GNC Holdings Inc. by two consumers who claimed that GNC’s whey protein products were under-filled. In 2016, Herr Foods had a class action lawsuit filed against it for under-filling its potato chips bags.

And if you don’t believe that these slack-fill lawsuits are truly a growing trend, just go on truthinadvertising.org–the website for a non-profit that works to protect consumers from deceptive marketing–search “slack-fill,” and look at how many class action lawsuits have been filed citing this claim against food companies like Mars, Inc. and Kellogg.

So good on Alce and Nugent for fighting the good fight against big food companies constantly deceiving us. It’s only a matter of time before a lawsuit is filed to fight back against other food company outrages like how grape-flavored candies never actually taste like grapes and white chocolate isn’t actually chocolate.

Austin Elias-De Jesus
Austin is an editorial intern at Law Street Media. He is a junior at The George Washington University majoring in Political Communication. You can usually find him reading somewhere. If you can’t find him reading, he’s probably taking a walk. Contact Austin at Staff@Lawstreetmedia.com.
Share:
Related ItemsFDALawsuitPotato Chipsslack fillWise Potato Chips