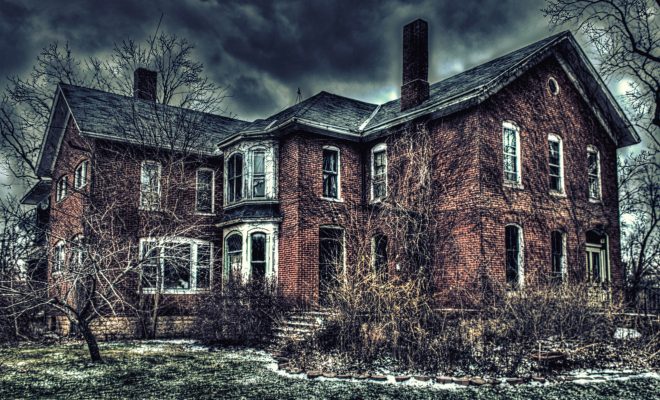 "The Haunted House" courtesy of Nicholas Cardot; license: (CC BY 2.0)

“The Watcher” is Still Out There, Sending Creepy Letters to New Jersey Families

“The Watcher” is back. The mysterious stalker who sent letters to a New Jersey couple a few years ago, claiming to be watching them, has sent a fourth letter after a new tenant moved into the house in February. The stalker was apparently not happy about this and seems to think that the house rightfully belongs to him.

Apparently the new letter was even creepier than the previous ones. “This letter contained specific threats and was more derogatory and sinister than any of the previous letters,” the family’s attorney Lee Levitt wrote in a brief filed earlier in March. Police are currently investigating the threats, but that’s pretty hard to do, as no one knows who the stalker is–or where he is.

In 2014, Derek and Maria Broaddus bought the six-bedroom house for $1.3 million. But then they started receiving letters. One of them said that the stalker’s family had been watching the house for generations: “My grandfather watched the house in the 1920s and my father watched in the 1960s. It is now my time… I have be (sic) put in charge of watching and waiting for its second coming.”

The stalker soon got the nickname “The Watcher.” Another letter described how the windows and doors of the house allowed him to track the family members as they moved through their house. But one of the creepiest lines must be: “Have they found what is in the walls yet? In time they will. I am pleased to know your names and the names now of the young blood you have brought to me.” As if this wasn’t horrifying enough, he followed up with: “Who has the rooms facing the street? I’ll know as soon as you move in. It will help me to know who is in which bedroom then I can plan better.”

The Broaddus family didn’t feel like sticking around to find out. They also have three young children, which probably made the part about the young blood especially disturbing. So instead they tried to sell the house, but obviously no one felt like moving into a home that comes with a deranged stalker. So the Broaddus couple sued the people who sold them the house, John and Andrea Woods, for not telling them about “the Watcher.’ The Woods had admitted to having received at least one letter themselves, but they still countersued the Broaddus family for defamation.

After that, Derek and Maria Broaddus tried to get a permit from the township to tear the house down and build two smaller houses on the property. But the request was denied, since two smaller houses wouldn’t fit the street’s image, according to residents and township officials, who were determined to protect the “beautiful street.” But the family filed another lawsuit in the beginning of the month, aiming to overturn that decision.

For now, the Broaddus couple is stuck with renting out their house while living somewhere else. It’s uncertain if we’ll ever find out who the actual stalker is. And now most of us want to know–what exactly did that latest letter say?

Emma Von Zeipel
Emma Von Zeipel is a staff writer at Law Street Media. She is originally from one of the islands of Stockholm, Sweden. After working for Democratic Voice of Burma in Thailand, she ended up in New York City. She has a BA in journalism from Stockholm University and is passionate about human rights, good books, horses, and European chocolate. Contact Emma at EVonZeipel@LawStreetMedia.com.
Share:
Related ItemsDefamationHouseLawsuitLettersNew JerseyStalkerThe Watcher