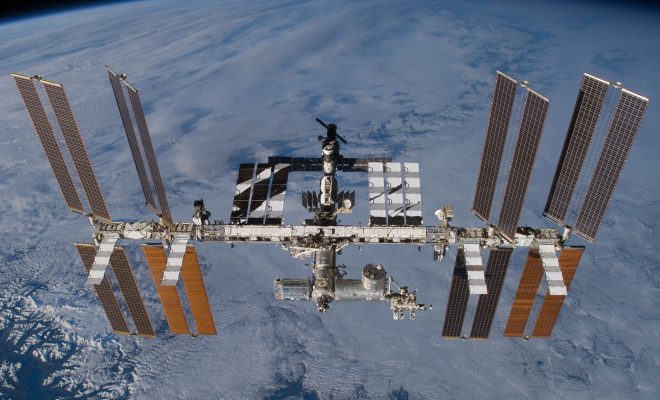 Voting is Out of this World: U.S. Astronaut Casts Ballot from Space

Apparently NASA’s version of getting people to the polls is the motto “vote while you float.” And if Shane Kimbrough could do it, everyone should! The astronaut–who is the only American citizen currently not residing on planet Earth–cast his vote from the International Space Station, by sending it to Earth via an electronic delivery system specially designed for this purpose.

Voting in space: astronaut Shane Kimbrough is the only American to casts a vote from space. https://t.co/qn2CtvVXFS pic.twitter.com/nOEzhRpz79

There is even a specific “space voting” law in Texas, which allows every American astronaut to cast their vote from space and have them registered through the county clerk’s office in Texas. It is all handled via email. A statement from NASA in 2008 described it like this: “An email with crew member-specific credentials is sent from the county clerk to the crew member. These credentials allow the crew member to access the secure ballot.”

After that, the space crew member returns the ballot to Texas, United States, Earth, via the electronic delivery system. Kimbrough’s current expedition has only been in space since mid-October, and will stay up for four months. His predecessor Kate Rubins cast an absentee ballot in case her mission was delayed, listing her address as “low-Earth orbit.” But she did make it back last week, and said: “It’s very incredible that we’re able to vote from up here, and I think it’s incredibly important for us to vote in all of the elections.”

Kimbrough tweeted an amazing picture from when he switched shifts with Rubins.

Farewell #AstroKate, Takuya, and Anatoly! Thanks for leaving the @Space_Station in great shape! pic.twitter.com/2G1InLMtcs

According to Kimbrough, astronauts are “pretty much apolitical,” and he said he would be glad to welcome the new commander in chief, whoever it may be.

Emma Von Zeipel
Emma Von Zeipel is a staff writer at Law Street Media. She is originally from one of the islands of Stockholm, Sweden. After working for Democratic Voice of Burma in Thailand, she ended up in New York City. She has a BA in journalism from Stockholm University and is passionate about human rights, good books, horses, and European chocolate. Contact Emma at EVonZeipel@LawStreetMedia.com.
Share:
Related ItemsAstronautInternational Space StationNASAShane KimbroughSpace LawTexasVoting Laws