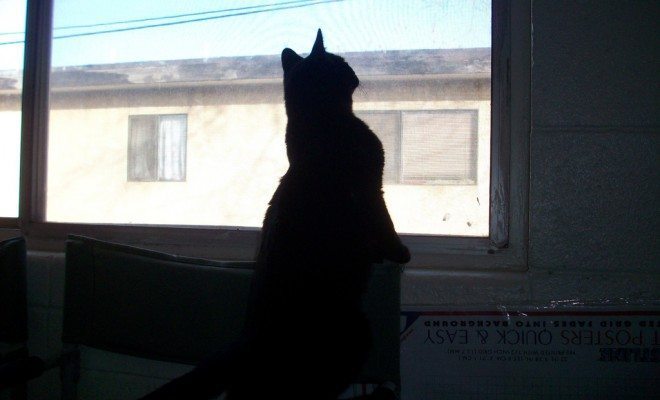 How would you feel if the veterinarian treating your pet was recently accused of hunting and killing a cat? Wouldn’t you want the person taking care of your furry companion to show them complete care and respect? Well, you might not want Kristen Lindsey to be your pet’s veterinarian, then. Many are furious since the Austin County, Texas grand jury decided not to indict Kristen on animal abuse charges. While she was an employee at Washington Animal Clinic in Brenham, Texas. Kristen–whose full name was not disclosed–posted the following picture on Facebook, which shows her holding up a stray cat that she supposedly killed by shooting a bow and arrow straight through its skull.

The Texas veterinarian who bragged about killing a stray cat with an arrow won’t face charges. http://t.co/YomiNCX8NG pic.twitter.com/Pj6HPYAjDm

The 31-year-old vet, whose full name was never released since she was not formally charged for this vicious act, originally made headlines back in April when the picture was first posted. Now she is infamously known throughout the world as an animal abuser. She quickly deleted the disturbing photo from her profile, although not before many saw it and screen-shotted the post–those screenshots ended up going viral. It was then brought to the attention of her place of employment. Kristen’s position was immediately terminated, although it does not seem that she will lose her license. The clinic also stated how sickened and shocked they were by their former employee’s actions, and begged customers not to let this one incident define their center.

It seems as if everyone was shocked by Kristen’s actions, given that her former workplace, the Texas Veterinary Medical Association, and other institutions she was affiliated with all expressed how upset they were with her. The deans of Colorado State University, where Kristen earned her veterinary degree, also announced how disgusted and disappointed they were with their former student’s actions. There were also multiple petitions created proposing that the vet’s license should be revoked, each with thousands of signatures.

This incident definitely appeared to be an act of animal cruelty and was being investigated as one, although it could not be proven that a crime even occurred. Animal rights advocates were outraged when this picture surfaced, and many urged authorities to arrest Kristen. Since investigators couldn’t tell when or where the supposed crime took place, they did not have enough evidence for probable cause. If sufficient evidence had been found, then a search warrant would have likely been issued, which then might have led to an arrest.

After an exhaustive court battle, the grand jury decided to rule the case as “no bill,” which means that there was insufficient evidence to charge Kristen with an actual crime. Much to many people’s chagrin, Kristen will get off with merely a slap on the wrist and a damaged reputation. After the ruling, many people gathered in front of the courthouse to protest this decision, although it can’t be turned around.

Reports state that Kristen later claimed that she only killed the suspected wild cat to protect her own pet from it, which would have made this incident legal,  although the post makes it seem as if she was hunting for fun and sport. Kristen appears to be quite proud of her kill, as she brags about her precise marksmanship and jokes about how she deserves a “vet of the year award” for her actions.

In what appears to be a blog created by Kristen when she was a student in veterinary school, she disturbingly describes herself as someone who likes to kill animals as a hobby. What’s also shocking is despite how grotesque and sad many people find this killing, the American Veterinary Society actually sees a bolt to the head as a humane way to kill a cat.

A resident of the town has come forward, claiming that the murdered cat is actually Tiger, a domestic cat who went missing from a local farm around the same time the image was posted and who distinctly resembles the slain cat. Despite there being many claims of the cat’s true identity, there is no confirmation of this since the feline’s corpse was never found.

However, this incident and Kristen’s pride in her actions don’t seem just in the slightest. Animal cruelty is a heinous crime, and people who commit this act should not go unpunished, particularly those who are trusted to take care of our pets.

Toni Keddell
Toni Keddell is a member of the University of Maryland Class of 2017 and a Law Street Media Fellow for the Summer of 2015. Contact Toni at staff@LawStreetMedia.com.
Share:
Related ItemsAcquittalAnimal CrueltyCatsCrimeKillerLawsuitTexasTexas Grand JuryVeterinarianWeird LawsuitsWeird NewsWeird Trials