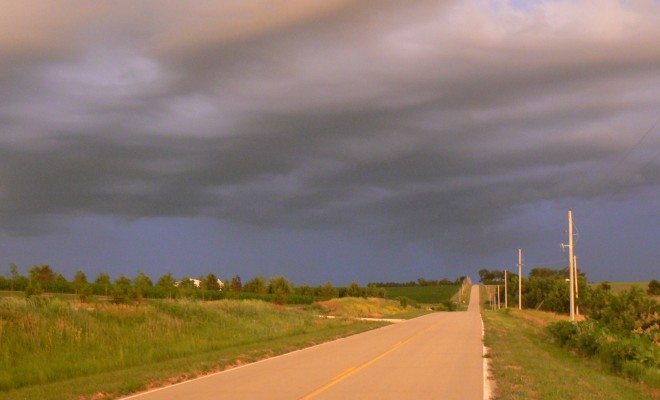 Image courtesy of [MONGO via Wikipedia]

The Dumbest Laws in the United States: America’s Heartland

Working out way across the country with our Dumbest Laws in the United States series, we’re now at smack dab in the middle of America’s Heartland. Let’s start with Nebraska, a state in which college football and corn are taken very seriously. Google search “Nebraska” and you’ll likely find that “football” pops up as the first result. Another thing taken very seriously there? Sexually transmitted diseases. In Nebraska, persons with gonorrhea may not marry.

Many truckers and road trippers drive through Nebraska en route to more modern locales. Those who drive through the state often note its flat terrain, which raises the question of why lawmakers there felt it necessary to warn mountain drivers specifically to use caution near the right hand edge of the highway.

Perhaps drunken pilots presented a problem in Nebraska in the past, as there is a law prohibiting flying a plane while drunk.

Many sites listed dumb laws in Nebraska for which they did not provide proper citation. Therefore, it may or may not be factual that sneezing or burping is illegal during a church service, and that barbers are prevented from eating onions after 7:00am. Even if they are not true, they are amusing to read.

Kansas gets off pretty easily here. Due to lack of proper citation, I can’t poke fun at its laws too much; however, the Wheat State doesn’t get off the hook completely as it does have many moronic city-specific laws. For example, in Derby, it is illegal to damage a vending machine or other coin-operated device. Even if a vending machine steals your money, you can’t beat the crap out of it, sorry! That city also enjoys quiet living–it is illegal to make screeching sounds with your tires, and you can’t use your trusty steed to commute because riding any animal down the road is illegal.

Topeka, Kansas is one of the stricter parts of of the state. There, spitting on the sidewalk is illegal. Like Derby, Topeka enjoys peace and quiet: residents may not engage in “yelling, shouting, hooting, whistling or singing on the public streets, particularly between the hours of 11:00pm and 7:00am, or at any time or place.”

Moving on to Iowa, another often under-appreciated state in good ol’ middle America. Lawmakers must have been as bored as kids often are driving through the state, as they made a law determining the exact size a box used for picking hops must be. The size of a box used for this purpose must be exactly 36 inches long, 18 inches wide, and 23.25 inches deep.

What’s with the Midwest and gonorrhea? Iowa, like Nebraska, actually has a law pertaining to the STI, saying that doctors who treat a person with gonorrhea must report this to the local board of health and include the disease’s “probable origin.”

Looking to get a closer parking space with a deceased person’s handicapped sticker? Sorry, but doing so in Iowa is strictly forbidden.

Ministers and other religious officials in Iowa are subject to a few more regulations than the average citizen. There, they must obtain a permit to carry liquor across state lines. On the liquor topic, liquor stores in Bettendorf, Iowa may not place advertisements for beer outside the store.

There is a vast number of stupid laws for Oklahoma listed on the Internet, but many, like one saying that dogs must have a permit signed by the mayor in order to congregate in groups of three or more on private property, do not have proper citation; however, one particular outrageous law for which there is citation says that in Oklahoma, “it is illegal for the owner of a bar to allow anyone inside to pretend to have sex with a buffalo.” Strict stuff! Oklahoma lawmakers must be very concerned about animals as there, one may not promote a horse-tripping or bear-wrestling event. PETA would be happy to know that!

Phew, those four states were a doozy!

Marisa Mostek
Marisa Mostek loves globetrotting and writing, so she is living the dream by writing while living abroad in Japan and working as an English teacher. Marisa received her undergraduate degree from the University of Colorado in Boulder and a certificate in journalism from UCLA. Contact Marisa at staff@LawStreetMedia.com.
Share:
Related ItemsAnimalsDumb LawsIowaKansasNebraskaOklahomaPublic UrinationStupid Laws