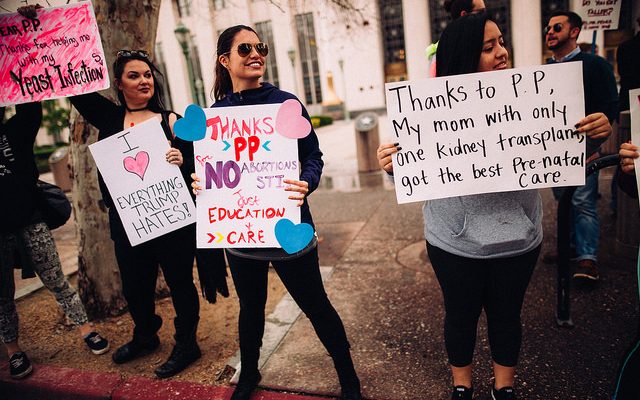 Maryland is officially the first state with a law in place to protect funding for Planned Parenthood. The Maryland General Assembly passed a law in April ensuring the organization’s continuity; the law went into effect on July 1.

SB 1081 establishes the Family Planning Program in the Department of Health and Mental Hygiene and provides that Maryland will pay for Planned Parenthood’s health care services in the state if Congress cuts off funding for the organization. The bill, which was backed by a veto-proof majority in Maryland’s House of Delegates and Senate, became law without Maryland Governor Larry Hogan’s signature.

“As Marylanders, we must remember that a state solution does not change the fact that politicians in Congress are trying to prohibit millions of people from accessing care at Planned Parenthood,” Nelson said. “It’s incumbent on all of us to keep up the fight for women. No state should have to step in to fulfill the federal government’s responsibility to ensure everyone has access to care.”

There are nine Planned Parenthood locations in Maryland, and their funding will be protected by the legislation. However, the future for Planned Parenthood is less promising in other states. Take Iowa for example–four of its Planned Parenthood clinics have recently closed. Iowa has approved a state budget that cut off the organization’s funding. Some Iowans fear that more closures could be on the horizon if the Senate’s health bill passes.

Today, a devastating “defunding” law in Iowa is forcing 1/3 of our health centers in the state to close.

Here’s what that means: nearly 15,000 people will lose access to the doctors and nurses they trust. https://t.co/DMQ6NAUzwf pic.twitter.com/dwCDSuZ9Cd

If other states follow in Iowa’s footsteps instead of Maryland’s, health care services could be in jeopardy for those states’ citizens who rely on Planned Parenthood.

Marcus Dieterle
Marcus is an editorial intern at Law Street. He is a rising senior at Towson University where he is double majoring in mass communication (with a concentration in journalism and new media) and political science. When he isn’t in the newsroom, you can probably find him reading on the train, practicing his Portuguese, or eating too much pasta. Contact Marcus at Staff@LawStreetMedia.com.
Share:
Related ItemsCecile RichardsFamily Planning Program in the Department of Health and Mental Hygienefamily planning servicesGovernor Larry HoganHealth CareIowaKaren J. NelsonMarylandPlanned Parenthood