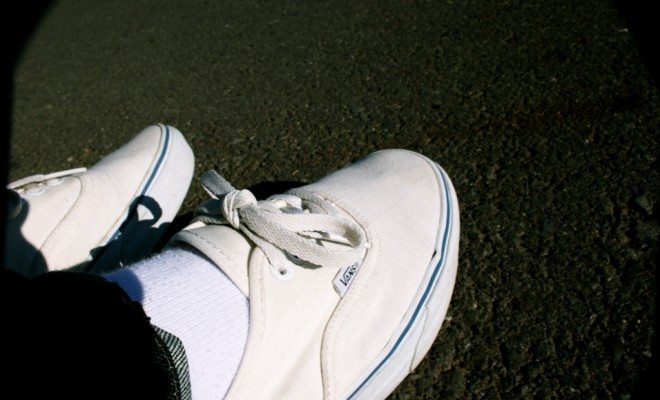 Teen Who Made “Damn Daniel” Viral Video Gets Swatted

If you’ve  been on the internet at all this week you’ve probably (purposefully or accidentally) seen the viral “Damn Daniel” meme. It’s a video with a teenager following his friend around and saying “Damn Daniel” over and over again in a cartoon-ish voice. Sometimes the voice makes comments too, particularly about Damn Daniel’s white vans. I have no explanation for why this has gone viral, but it most certainly has:

But internet celebrity comes with a side of risk as well–the young man who made the video has now been swatted.

Swatting is when someone calls in a fake threat to an individual’s home, usually claiming that some sort of emergency, like a hostage situation, is taking place there. When, inevitably, a SWAT team arrives, the victim of the swatting is usually scared and the police are confused. The entire thing usually takes a while to sort out. It’s a “prank” that regularly happens to “internet famous” people, including famous video game players, celebrities like Taylor Swift and Justin Bieber, feminists, and journalists. It’s often used as some sort of revenge or intimidation tactic, and it is incredibly difficult to track who has committed the “swatting.”

In this case, the teenage boy who goes by @josholzz on Twitter and lives in California, was targeted by a caller who phoned the police and said that he had shot his mother. Police swarmed the house before realizing that the call was incorrect. It’s unclear at this point who swatted @josholzz and the investigation is ongoing. But the incident is believed to have been linked to the popularity of the “Damn Daniel” video. According to Riverside police Lt. Kevin Townsend:

We believe and the family believes that since their video went viral, it’s somehow connected. Ever since their video has gone out there, they’ve received a number of what they call strange phone calls and emails, and a lot of strange things happening so tonight was just another incident for their family.

Swatting is a serious, but relatively common issue once someone gains enough attention on the internet. Hopefully @josholzz’s family doesn’t get targeted again, but given the popularity of the “Damn Daniel” video, it certainly wouldn’t be surprising.

Anneliese Mahoney
Anneliese Mahoney is Managing Editor at Law Street and a Connecticut transplant to Washington D.C. She has a Bachelor’s degree in International Affairs from the George Washington University, and a passion for law, politics, and social issues. Contact Anneliese at amahoney@LawStreetMedia.com.
Share:
Related ItemsDamn DanielSWATSwattedSwattingViralWhite Vans