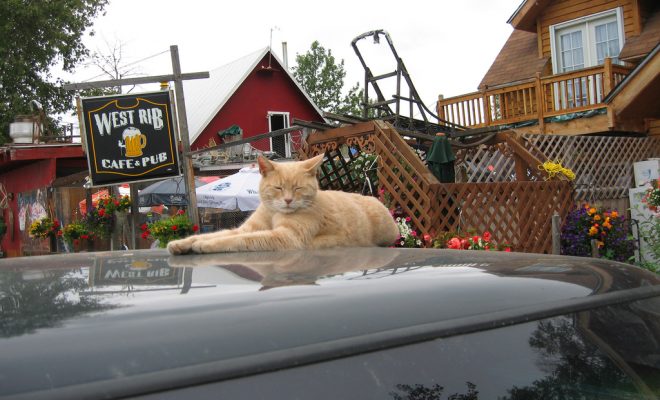 Political polarization in the U.S. feels like it is at an all-time high, and it’s hard to find a single politician that both sides of the aisle can agree is absolutely purr-fect. And that designation may become even harder to come by, as sad news just broke that Stubbs, the (honorary) cat mayor of Talkeetna, Alaska, has passed away.

Stubbs had been mayor of Talkeetna, population 876, since he was a kitten, and garnered quite the following on the internet. A few years ago, news that the beloved mayor was attacked by a dog made it into the local media, and Stubbs regularly was featured on high-brow political lists like “Five of the nation’s most accomplished animal mayors.”

Stubbs’ human family released a statement about his passing, explaining that the publicity at the end of his life was overwhelming:

In 2017, Stubbs did a couple TV shows and more than a handful of interviews, but was not fond of the camera and all the people; it had gotten to be too much for him. He made it to the store a handful of times this summer and was completely bombarded by people passing him back and forth to take selfies.

However, there is some good news. Stubbs’ family believes one of their new kittens, Denali, may be able to make a mayoral run as well.

And of course, Stubbs isn’t the only political pet in the spotlight these days. In Washington D.C., an intense contest is underway to determine the cutest dogs on the hill. At the federal level, Vice President Mike Pence recently welcomed a new puppy named Harley into his family. And of course, there are other animals looking to take on Stubbs’ mantle as actual political leaders in their hometowns. For example, two towns in Kentucky recently “elected” pit bull mayors. And a dog has recently launched a mayoral bid in Durham, North Carolina. He uses Twitter to connect with his followers:

Howdy! My name is Obie! What’s your name? I am a dog! Are you a dog? I’m running for Mayor of Durham NC! Vote for me or just pet me.

Anneliese Mahoney
Anneliese Mahoney is Managing Editor at Law Street and a Connecticut transplant to Washington D.C. She has a Bachelor’s degree in International Affairs from the George Washington University, and a passion for law, politics, and social issues. Contact Anneliese at amahoney@LawStreetMedia.com.
Share:
Related ItemsAlaskaCatDogMayorPetStubbs