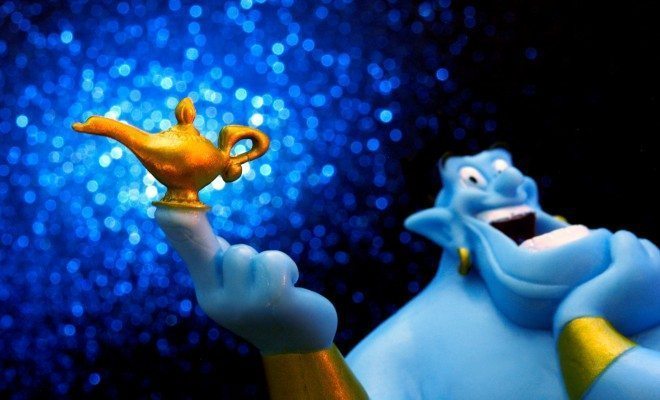 Public Policy Polling released a National Survey on GOP voters today. Many of the questions were expected, delving into the favorability or lack thereof of the many GOP presidential candidates. But PPP (the same firm that brought us results on Deez Nuts’ candidacy) also threw in a bit of a trick question “Would you support bombing Agrabah?” Thirty percent of the respondents said yes–and now the internet is having a bit of fun at their expense.

Agrabah, some of you may know, is the fictional land in “Aladdin.”

This poll should definitely be taken with quite a few grains of salt. It was certainly a “gotcha” question, sandwiched between many other, very legitimate, questions. PPP is well known for cheeky questions, and is often viewed as left-leaning. Additionally, Slate pointed out that Agrabah “sounds pretty similar to ‘Aleppo’ and ‘Raqqa,’ which are two Syrian cities that have been occupied by ISIS.” Moreover, a total 57 percent of the GOP respondents replied that they were not sure, indicating that they may have realized that it was a BS question.

This isn’t limited to the GOP though–19 percent of Democratic primary voters also answered that they would agree to bomb Agrabah, which is almost equally as embarrassing. On the full spread, 50 percent of respondents who identified as “somewhat liberal” said they were more likely to want to bomb Agrabah. So really, there’s just a lot of people across the political spectrum who either don’t know what Agrabah is, or really hate Aladdin, Jasmine, the Genie, and Jafar.

But, regardless of the actual validity of the poll, it incited a lot of fantastic internet reactions.

Everyone wants to go to Agrabah. Real men want to go to Mordor. https://t.co/1o9Z3mmYzF

I’ve literally had someone believe me when I said I’m from Agrabah. https://t.co/3DJJkvyu02

A discussion over a poll on how many voters would support bombing a fictional country in Aladdin seems befitting of the 2016 campaign.

Thanks, PPP for proving once again that stupidity is bipartisan.

Anneliese Mahoney
Anneliese Mahoney is Managing Editor at Law Street and a Connecticut transplant to Washington D.C. She has a Bachelor’s degree in International Affairs from the George Washington University, and a passion for law, politics, and social issues. Contact Anneliese at amahoney@LawStreetMedia.com.
Share:
Related ItemsAgrabahAladdinDemocratsDisneyGOPJasminePPPPublic Policy Polling