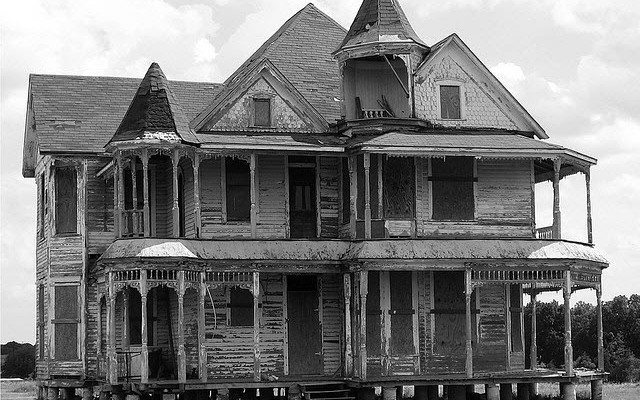 What happens when your dream house becomes a nightmare? A couple in Westfield, New Jersey found out when they started living the plot of a horror movie after buying their so-called dream house last year.

What they want to know now is who is “the watcher” and why didn’t the previous owners mention him?

After purchasing a $1.3 million house, you might like to move into it; however, when the watcher doesn’t want you to, then you might not. Which means that $1.3 million just went down the drain.

A couple found this out the hard way when, after putting down the $1.3 million, they started getting threatening letters from someone who called himself “the watcher.” And the watcher had a lot to say.

For example, he claimed he had been watching the house for a decade and that his father watched the house before him and his grandfather before that. He claimed the former residents knew about him and that he had asked them to give him some young blood.

Creepy quotes from the letters include:

Now, it is understandable that you might be a little freaked out if you started getting these letters because at the very best it means you are about to get one weird neighbor, and at the worst it could be a whole lot worse than that.

However, if you disclose these skeevy letters, you might have a little problem selling your house because nobody wants to buy a house being watched by a creepy weirdo. Which is the situation this couple finds themselves in now.

The previous residents did not disclose this information–even though it is alleged that they got at least one letter from the watcher a couple of weeks before they closed–and they sold the house. This couple made a big deal about it (because why wouldn’t you? I’d want some police protection, too) and now everybody knows and nobody wants to buy.

Which is why the buyers decided to sue.

Here is the problem with both of the suits:

If You Know Anything …

The biggest problem in this case, of course, is that nobody seems to know who the watcher is, which makes it hard to catch him (or her, but I’ve been using him in the most gender-less way possible).

So if you live in the area and have information, don’t hesitate to tell the police. It would be nice to get this guy–or girl–off the streets.