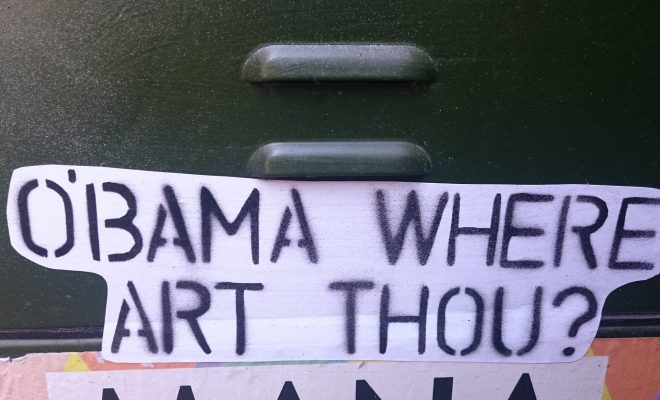 Many of us miss President Barack Obama in the White House, so much so that when he was recently spotted out and about spectators erupted in roaring applause. At the end of February, the former president had dinner at Emilio’s Ballato in Soho with his daughter Malia, who has an internship in New York. They later took pictures with the staff of the restaurant.

Barack Obama & Malia Obama out & about in NYC. The father-daughter dinner date is really cute. pic.twitter.com/AVnaENi1W2

The next day, Obama was seen getting coffee at a Starbucks in downtown New York City. The word spread fast and when he exited a building on Fifth Avenue people on the streets behaved like it was Beatles in the 1960s.

Some commented on his post-White House glow, which probably comes from his vacation in the Caribbean with Michelle and their friend Richard Branson, who taught Obama to kitesurf.

He’s rested & has a glow about him. The man is back. pic.twitter.com/EGyrjSn8EY

Later that evening, Obama went to Broadway to see Arthur Miller’s “The Price.” Classy as he is, he didn’t make a big fuss about it, but snuck in with Malia and his former adviser Valerie Jarrett after the lights went out. Apparently someone used a flashlight to show the trio to their seats, which even annoyed some visitors. “Who is so rude to come in after the show starts with the flashlights and everything?” Theater visitor Laralyn Mowers recalls thinking. But when her friend told her who it was, Mowers said that her day, which up until then had been really bad, definitely changed for the better.

Okay, so it’s intermission. Obama and Malia came in and left when the lights were down. The crowd didn’t notice. Nice job, Secret Service.

The Obamas left right after the show ended–but not before giving the cast a standing ovation–and went backstage to snap some pictures with the actors Danny DeVito, Mark Ruffalo, Jessica Hecht, and Tony Shalhoub.

Obama exited the theater quietly, but his fans still found him and cheered him on, with an applause. As always, he took some time to give a little wave.

On Monday, Obama and Michelle popped into the National Gallery of Art in Washington D.C. and as they left the building, a crowd of people once again applauded and cheered the former presidential couple. NBC reporter Benjy Sarlin happened to be there and speculated that breaking out in applause when spotting Obama now seems to be the new norm.

This was the first time the Obamas were seen publicly since Donald Trump made his claims that he believes Obama wiretapped his phones in Trump Tower before the election. Trump has not offered any evidence for his controversial claims, and Obama’s spokesperson has denied that any such thing happened. Luckily it seems like the Obamas didn’t take the accusations too hard, and they got to enjoy an afternoon at the museum.

Emma Von Zeipel
Emma Von Zeipel is a staff writer at Law Street Media. She is originally from one of the islands of Stockholm, Sweden. After working for Democratic Voice of Burma in Thailand, she ended up in New York City. She has a BA in journalism from Stockholm University and is passionate about human rights, good books, horses, and European chocolate. Contact Emma at EVonZeipel@LawStreetMedia.com.
Share:
Related ItemsApplauseBarack ObamaCheersMalia ObamaMichelle ObamaNYCObama