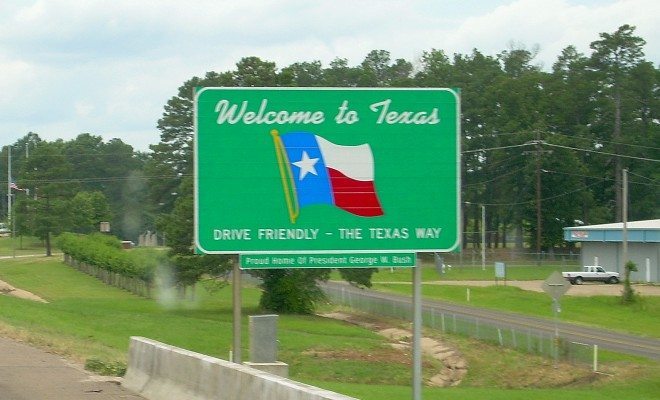 The Dumbest Laws in the United States: Texas and New Mexico

Texas. Home to the Bush family, the South by Southwest music festival, big trucks, Tex Mex, and some of the dumbest laws in the South. Knowing the conservative tendencies typical of the large southern state, it should hardly be surprising that homosexual behavior there was once a misdemeanor offense. The Supreme Court overturned this law in 2003, however.

Reflecting a previous post on dumb laws in Nevada, urinating on the streets is illegal in El Paso. Really gotta pee there? Best to sneak into McDonald’s and pretend to be a paying customer.

Not in the El Paso streets, Tom Hanks!

It is also prohibited to appear in public places wearing lewd dress. Specifically, the “lewd dress law” states that, among other things, “no person shall exhibit or expose himself naked, or disguised, or in any indecent or offensive manner to any person.”

Looking to sell your eye or other organs in Texas? Sorry, you’ll have to take your body-part sales aspirations elsewhere, as doing so is illegal there.

Agnostics or Atheists looking to hold public office in Texas may have trouble since you are legally required to acknowledge the existence of a higher being before taking office. Though, I guess they could lie and say they believe in a higher power.

In Austin, wire cutters cannot be carried in one’s pockets. This law seems perfectly reasonable to me, however; imagine how many accidents have been and will be prevented by such a measure, especially for men.

Speaking of conservative laws, New Mexico has many of them on the books, especially concerning nudity. There, nudity is legal under two conditions: first, male genitals must be covered, and second, women must have their nipples covered.

I’m not sure exactly the criteria used to determine whether or not one is an idiot, but in New Mexico, they are prevented from voting. Perhaps it is some sort of I.Q. test. Maybe they should just take it one step further and say that only geniuses may vote. In fact, not only idiots but also “insane persons and persons convicted of a felonious or infamous crime unless restored to political rights” are prevented from voting.

Deming, New Mexico must have had some strange issues in the past because it saw the need to specifically ban spitting on the steps of an opera house. Or, the community just really, truly values the operatic arts and doesn’t want a building relating to them defiled by nasty saliva. In the same city, they made a law prohibiting hunting in Mountain View Cemetery. I don’t even WANT to know what happened to provoke that one.

Marisa Mostek
Marisa Mostek loves globetrotting and writing, so she is living the dream by writing while living abroad in Japan and working as an English teacher. Marisa received her undergraduate degree from the University of Colorado in Boulder and a certificate in journalism from UCLA. Contact Marisa at staff@LawStreetMedia.com.
Share:
Related ItemsCemetaryDumb LawsHuntingNew MexicoPublic OfficePublic UrinationReligionSpittingStupid LawsTexas