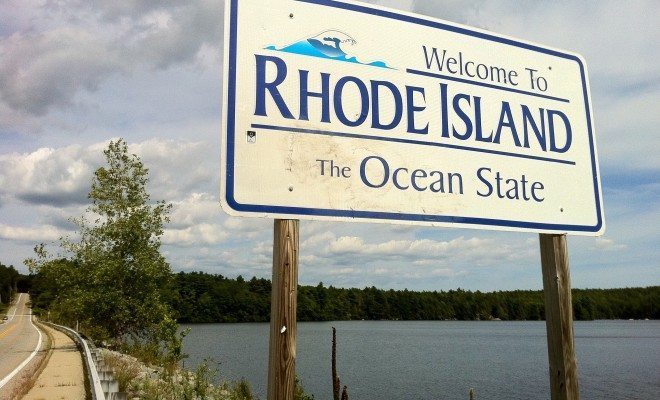 Continuing down the northeast corridor this week, the dumbest laws continue to not disappoint.

Connecticut may be home to some of the most intelligent people in the world thanks to the presence of many Ivy League universities. This doesn’t stop it, however, from also being home to many stupid laws. Until recently, buying alcohol in Connecticut was a bit tricky. Although it was recently repealed, there was once a law that you could not buy alcohol after nine at night or on Sundays. And perhaps as a means of preventing road rage from getting out of hand, Connecticut lawmakers made it illegal to discharge a firearm from a highway.

In Rocky Hill you’ll find your selection of games a bit limited at the arcades, as only four amusement devices are permitted inside of them. Yes, some Connecticut cities just love raining on peoples’ parades. In Southington, silly string is banned. Yes, SILLY STRING! A staple of many a childhood, BANNED!

Many Massachusetts laws deemed stupid actually make sense to me. For example, it is illegal to give beer to hospital patients. I mean, I’d hope so! Speaking of alcohol, candy may not contain more than one percent of the stuff. This is also logical, if you ask me. We don’t need a bunch of kids (or adults, for that matter) bumbling around drunk after a mad candy binge. Halloween would be a nightmare otherwise!

Massachusetts doesn’t want to take any chances regarding gun users turning to killers. At shooting ranges in the state, targets may not resemble human beings. The state seems to be anti-violence in general as public boxing matches are illegal.

Considering its tiny size, I was blown away by the length of the list of dumb Rhode Island laws. Professional sports teams have a few hoops through which to jump in Rhode Island if they want to play on Sunday. There, every sport except ice polo and hockey must obtain a special license to play on that day. Also, business owners and sports coaches must be aware of a special law regarding the special day: “Exercising any labor, business, or work, or using any game, sport, play, or recreation, or causing any of the above to be done to or by your children, servants, or apprentices on the first day of the week results in a penalty of $5 for the first offense and $10 for the second.” With fines like that, you wouldn’t want to take any chances.

If every Rhode Island driver adhered to the law the roads would be a loud mess, as one is required to make a loud noise prior to passing on the left. At least you won’t encounter any horse owners testing the speed of their steed on the highways. In Rhode Island, “riding a horse over any public highway for the purpose of racing, or testing the speed of the horse is illegal.”

I’ve heard of impersonating police officers, but impersonating an auctioneer? Well, it must have been a problem in Rhode Island at some point as it made it illegal to impersonate a town sealer, auctioneer, corder of wood, or a fence-viewer. And if you find yourself in some sort of quarrel with someone else, be aware that it is illegal to bite off his or her leg.

And be very careful in Scituate: you’ll need to transport beer from the liquor store or other place of purchase to your home in something other than your car because it is illegal to have it in your car even if it is unopened.

Phew, that was exhausting! So many dumb laws, so little time…

Marisa Mostek
Marisa Mostek loves globetrotting and writing, so she is living the dream by writing while living abroad in Japan and working as an English teacher. Marisa received her undergraduate degree from the University of Colorado in Boulder and a certificate in journalism from UCLA. Contact Marisa at staff@LawStreetMedia.com.
Share:
Related ItemsConnecticutDrinking LawsDumb LawsMassachusettsRhode IslandStupid Laws