As we continue our research into the dumbest laws of the United States, let’s have a look now at Arkansas, Louisiana, Tennessee and Kentucky.

I’ve heard of the cliché of throwing tomatoes at comedians who are bombing to the worst degree on stage, but never of throwing eggs at public speakers–an act that is strictly prohibited in Kentucky and punishable by a year in prison. Kentucky seems to have a thing for eggs and birds as the state has also banned dying a duckling blue and offering it for sale unless more than six are for sale at the same time. Really makes you wonder how that law came to fruition…

In Tennessee, you can’t mooch off of your parents’ Netflix account or any one else’s for that matter because it is illegal to share your password. And with regard to technology, you cannot post images online that cause “emotional distress” without “legitimate purpose.”

Tennessee also has a number of strict laws pertaining to minors. For example, students cannot hold hands in school. From what I’ve seen of the public displays put on by students today, hand holding should really be the least concern. It is also illegal to dare a minor to purchase beer, and a misdemeanor to tattoo a minor. So if you have a hankering to open a tattoo parlor in Tennessee, be sure to check ID!

Moving on to Louisiana. For starters, don’t even try to steal an alligator, because if you succeed you can land in jail for ten years. Not worth it if you ask me! Stealing crawfish is also a crime in the state.

A ten-year prison sentence looks like nothing when you compare it to the punishment for urinating in the city’s water supply. Doing so could put you behind bars for 20 years. Speaking of bodily fluids, “rituals that involve the ingestion of blood, urine, or fecal matter” are also illegal. The aforementioned are just a couple of the crimes that result in prison time in Louisiana. A false promise can lead to a year, and every time a prisoner tries to hurt him or herself he or she could serve an additional two years.

Boxing and wresting are taken very seriously in Louisiana. There, fake wrestling matches are prohibited and it is illegal for spectators to mock one of the contestants participating in a boxing match.

“AR-kan-sas?” “Ar-KAN-sas?” You better know how to pronounce the name of this state before heading there, as it is illegal to pronounce it incorrectly. In Little Rock, sandwich shops specifically like their peace and quiet. It is illegal to honk one’s horn at one after nine at night. Also in Little Rock, you cannot suddenly stop your car at a McDonald’s fast food joint. 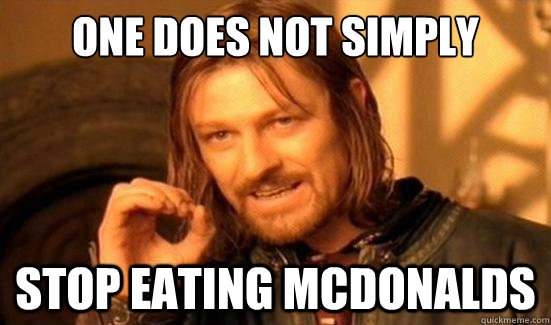 Some dumb Arkansas laws that appeared on the Internet but could not be validated include that dogs cannot bark after six in the evening, and that it is unlawful to walk one’s cow down Main Street in Little Rock after 1:00 PM on Sundays.

Oh, the fun just doesn’t stop with these laws! Keep your eyes open for the next installment!

Marisa Mostek
Marisa Mostek loves globetrotting and writing, so she is living the dream by writing while living abroad in Japan and working as an English teacher. Marisa received her undergraduate degree from the University of Colorado in Boulder and a certificate in journalism from UCLA. Contact Marisa at staff@LawStreetMedia.com.
Share:
Related ItemsArkansasBarkingCrimeCrime in the United StatesDumb LawsDumbest LawsKentuckyLouisianaPublic UrinationTennessee