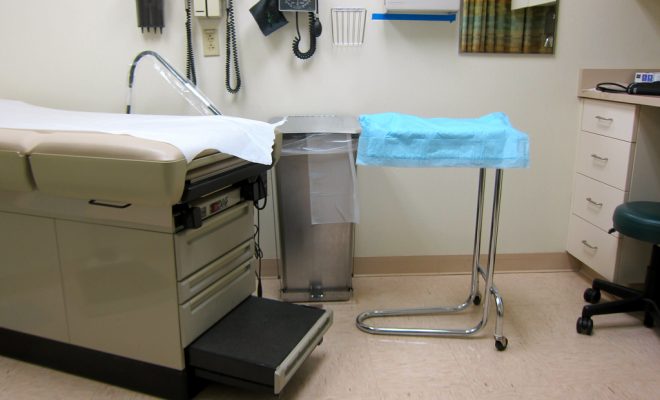 Image Courtesy of Jennifer Morrow via Flickr: License (CC BY 2.0)

Prisoners in White County, Tennessee can now receive a credit for 30 days off their sentences if they voluntarily undergo a birth control procedure.

General Sessions Judge Sam Benningfield signed the standing order instituting the program on May 15. Since then, at least 32 women and 38 men have volunteered for the procedure. Female prisoners receive a Nexplanon arm implant, which works for up to three years. Male prisoners receive a vasectomy. The Tennessee Department of Health conducts both procedures free of charge for the inmates.

Judge Benningfield decided to sign the order after speaking with the Department of Health. He says his hope is that the program will end the vicious cycle of drug-addicted ex-cons giving birth to children they cannot support and who might one day become drug users and criminals themselves. “I hope to encourage them to take personal responsibility and give them a chance, when they do get out, not to be burdened with children,” he said in an interview with Nashville’s News Channel 5. “I understand it won’t be entirely successful, but if you reach two or three people, maybe that’s two or three kids not being born under the influence of drugs. I see it as a win-win.”

Not everyone agrees. The American Civil Liberties Union (ACLU) released a statement on Wednesday calling the program “unconstitutional:”

Offering a so-called ‘choice’ between jail time and coerced contraception or sterilization is unconstitutional. Such a choice violates the fundamental constitutional right to reproductive autonomy and bodily integrity by interfering with the intimate decision of whether and when to have a child, imposing an intrusive medical procedure on individuals who are not in a position to reject it. Judges play an important role in our community – overseeing individuals’ childbearing capacity should not be part of that role.

There is also dissent closer to home. Tennessee’s District Attorney Bryant Dunaway has instructed his staff not to make arrangements regarding the program. “Those decisions are personal in nature and I think that’s just something the court system should not encourage or mandate,” he told local news station WTKR.

Delaney Cruickshank
Delaney Cruickshank is a Staff Writer at Law Street Media and a Maryland native. She has a Bachelor’s Degree in History with minors in Creative Writing and British Studies from the College of Charleston. Contact Delaney at DCruickshank@LawStreetMedia.com.
Share:
Related ItemsACLUBirth ControlInmatesPrisonersTennessee