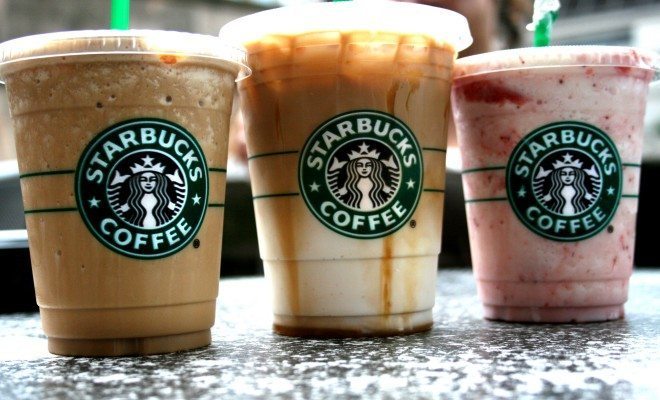 Another month, another potential class action lawsuit against Starbucks. In March, the coffee company faced a lawsuit alleging that it was shorting customers by under-filling latte cups. This month, a Chicago resident has filed a suit accusing the company of doing the same–but this time, it’s the iced beverages that are brought into question.

The class action lawsuit, filed by Stacey Pincus, claims that the company provides “significantly less product than advertised” for its iced drinks, and blames it on the company’s “standard practices” for making iced drinks. While the drink amounts are advertised to be  8 oz., 12 oz., 16 oz. for tall, grande, and venti drinks respectively, purchasers of iced beverages definitely aren’t getting that amount of liquid.

The lawsuit lays out the process by which the drinks are made, and explains that the company uses “pre-measured plastic scoopers” and black fill lines on the cups to standardize the drink-to-ice ratio in the cup. So the next time your grande iced coffee seems to be more “ice” and less “coffee,” it might actually not be the barista who is at fault.

Similar to the latte lawsuit, this one also alleges that the underfilling of cups is a deliberate move by the company to “make more money or higher profits.” If this lawsuit is approved as a class-action, anyone who purchased an iced beverage from the company in the last decade could be included.

While this may sound like one giant “First-World Problem,” the lawsuit also makes note of the fact that iced beverages cost more than their hot counterparts. Not only are you getting less of your beverage when ordering an iced version, you’re putting up more for it. While it remains to be seen whether this complaint actually carries any legal clout, it seems to put up a more convincing argument than the latte lawsuit, which claimed that the hot beverages were being deliberately undefiled.

The company’s response? They’re not having it. A spokeswoman for the company responded by saying, “Our customers understand and expect that ice is an essential component of any ‘iced’ beverage. If a customer is not satisfied with their beverage preparation, we will gladly remake it.” Or in other words, this:

Mariam Jaffery
Mariam was an Executive Assistant at Law Street Media and a native of Northern Virginia. She has a B.A. in International Affairs with a minor in Business Administration from George Washington University. Contact Mariam at mjaffery@lawstreetmedia.com.
Share:
Related Items#firstworldproblemsClass ActionCoffeeiced coffeeStarbucks