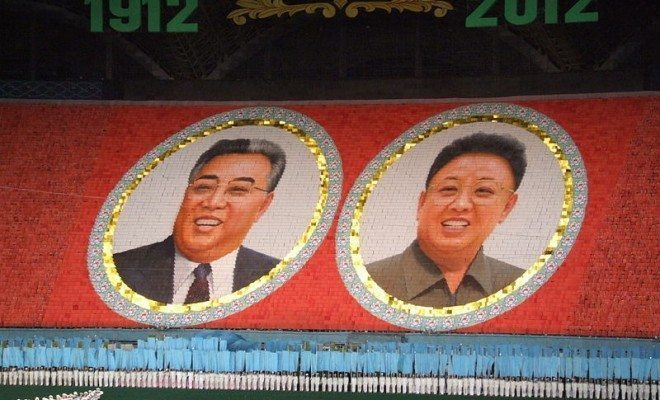 Image courtesy of [Nicor via Wikipedia]

We Missed You, Kim Jong-un

So, it seems the self-touted “fearless” leader of North Korea is suffering from some sort of ankle, foot, or other lower body-related ailment. Until footage surfaced of Kim Jong-un walking with a cane, he hadn’t been seen in over a month. He was last seen before his disappearance attending a ceremony commemorating the twentieth anniversary of the death of his grandfather, the first leader of North Korea.

His sudden absence kicked off a slew of strange, but somewhat positive events, including a high-status official admitting to the use of prison camps in North Korea. Prior to this statement conceding simply that they exist, North Korean officials denied it wholeheartedly. Admitting the truth is the first step to making progress.

While he was gone, political leaders from North and South Korea met to discuss the state of affairs between the enemy nations. They sat at the SAME table in the SAME room and even appeared to share a laugh about the SAME remark. Even a forced laugh is a step in the right direction as far as foreign relations go.

OMG, North Korea, you have the BEST sense of humor…

Kim Jong-un’s sister, Kim Yo-jong, was thought to be in charge of the country during his absence. This should have pleased feminists — “yay women in power” and all — despite the fact that she was probably just as bad as her brother.

Yes, the time of his unexplained absence could have been seen as a nice time. Theoretically, we could all look back on it as fondly as an old, single cat lady would reminisce about her senior prom. Unless she is a single cat lady by choice because she hates people, in which case her overbearing mother probably forced her to go to the prom in order to live vicariously through her daughter.

However, despite the good that occurred in his absence, the international community didn’t seem thrilled. Let’s all admit it, we sort of…missed Kim Jong-un. I mean, I sure did — it was tough to find things to poke fun at during his absence. The international media had a bit of a collective panic attack inquiring where the man could possibly BE!

Come back to me, Kim Jung Un!

Now our buddy Kim Jong-un is back, most likely along with his bull-like determination to thwart or prevent any positive relationships from forming between his “perfect” nation and other parts of the world. No one knows how to rule a kingdom of isolation better than he does. I think if he were to claim that Disney stole the plot for Frozen from his life, he would be more likely to win damages than that woman from the U.S. I mean, he is EXACTLY like Elsa in that they both run isolated kingdoms and have a sister. Woah, crazy similarities! North Korea is also cold. WHAT? Maybe he even has some powers to freeze things with his emotions and the media doesn’t know about it yet! Disney clearly based Elsa off of Kim Jong-un. Those creative thieves!

Welcome back, Kim Jong-un! Time to start doing the crazy things for which you are known, so we all have something to make fun of. Maybe something a little more bonkers than usual to make up for lost time. It’s good to have him back, isn’t it?

Marisa Mostek
Marisa Mostek loves globetrotting and writing, so she is living the dream by writing while living abroad in Japan and working as an English teacher. Marisa received her undergraduate degree from the University of Colorado in Boulder and a certificate in journalism from UCLA. Contact Marisa at staff@LawStreetMedia.com.
Share:
Related ItemsFrozenInternational RelationsIsolationKim Jong-UnKoreaNorth KoreaPoliticsSouth Korea