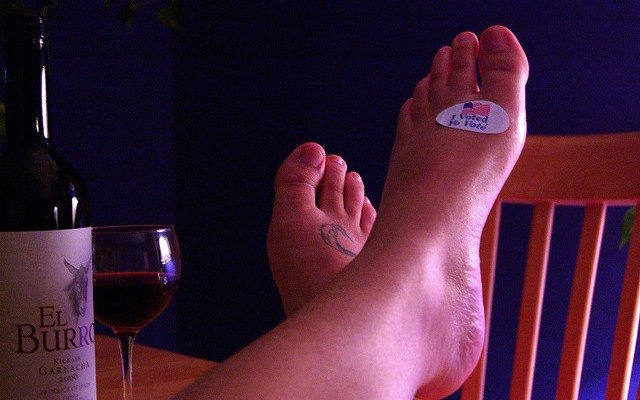 Voting Gets You Laid

The way that the “Fifty Shades of Grey” series flies off of bookstore shelves makes it pretty obvious that sex sells. I admit to getting caught up in that craze, and despite the lack of literary merit present on the pages of those novels, they certainly do entertain. Fluffy books catered to the sexually deprived are not the only place where eroticism is being used to get peoples’ attention.

What’s sexier than every dirty page of “Fifty Shades of Grey”? Voting. Yes, you read that correctly. Recently, United States politicians have taken a page out of other countries’ books and decided to amp up the sex appeal of their ads. In 2011, Russia ran an ad suggesting that the act of voting may get you laid. Who knew filling out a ballot could have such an effect? What’s that you say, sir? You’re…voting?? Take me now, sailor!

A political ad in Germany didn’t even try to be discreet; a pair of breasts is plastered onto a poster for all to see. That’s some classy not-so-subliminal messaging. Germany and Russia are far from the the only countries embracing sexuality as a theme in campaign ads. The good ol’ U S of A loves to copy Europe when it comes to many trends, and using sex in campaign ads is no exception.

Take a look at an ad released this summer by Equality Illinois entitled “Doris Wants Your V Card.”

The ad features an older woman gesturing suggestively to two younger males and a voice tells viewers to “go ahead, vote. Take advantage of Illinois’ new online voter registration, and get your voter ID card,” which is suggestively referred to earlier in the ad as your V-card. So witty, Equality Illinois, so witty.

NPR recently published an article about the ad, which quoted Bernard Cherkasov of Equality Illinois saying that “there is a double entendre, and I think it’s very effective at catching people’s attention.” Their target audience? Young people who are disinterested in politics and therefore unlikely to register. “To tell them this is a cool thing to do, a super easy thing to do, and then once we’ve got their attention and they’re registered, then we can help them get educated as to what’s at stake in this election, how they can exercise that democratic right.”

The success of these ads, according to a Unilever study cited in The Atlantic, depends on the intended audience. Women may not be so easily persuaded by sexual innuendo as men, according to the article. Major shock there. So while ads suggesting that casting your vote may be a huge turn on may potentially get more men to the polls, women may not be so easily persuaded.

As sexual voting ads are the new kid on the block — especially in the United States — their success or lack thereof at getting people voting has yet to be seen. But hey, at least they make for some more entertaining campaigns during the oft-droll election season. So, it’s almost time to get your butt to the *wink, wink, nudge, nudge* “polls.” See you there. And so will Ryan Gosling, apparently. 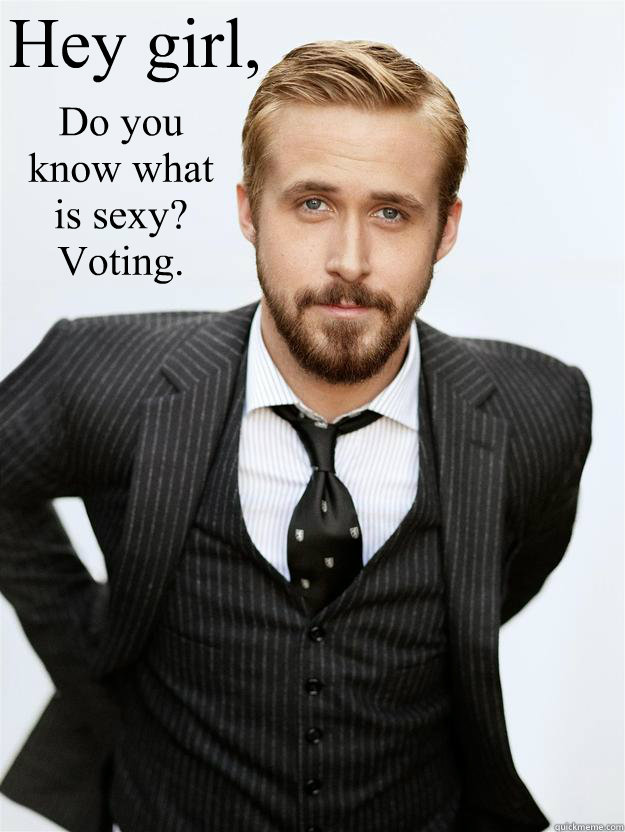 Marisa Mostek
Marisa Mostek loves globetrotting and writing, so she is living the dream by writing while living abroad in Japan and working as an English teacher. Marisa received her undergraduate degree from the University of Colorado in Boulder and a certificate in journalism from UCLA. Contact Marisa at staff@LawStreetMedia.com.
Share:
Related ItemsCampaignsEquality IllinoisEuropeGermanyRussiaRyan GoslingSexSex SellsSexy AdsV CardVoting