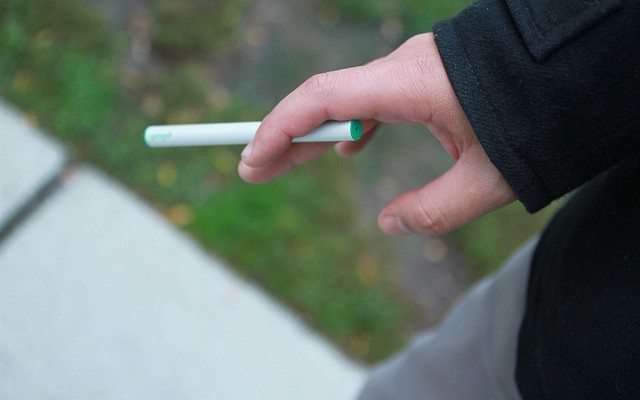 There is a new danger posing a massive threat to the health and longevity of young people. It holds the potential to be more lethal than MDMA, Heroin, tobacco, and every other street drug combined. The name of this new terror? Electronic cigarettes, designed to help the smokers of the real thing quit. DUN, DUN, DUN! Everybody start homeschooling your kids lest they pick up this atrocious habit and head down a lifelong path of recklessness. The scents of fruits and baked goods that encompass the flavors of electronic cigarette juice will surround the nation’s youth like an ominous black thunder cloud. Inhale vapor, exhale Satan’s breath.

The above paragraph is what is called hyperbole, a dramatic exaggeration for added emphasis. Recently, New York state passed a ban on electronic cigarettes in Central Park. I understand banning them indoors, where it makes complete sense that someone in a place like a restaurant would not want to eat his entree in a cloud of someone else’s electronic cigarette vapor. But in an enormous, unenclosed space? If it is between someone vaping e-cigarettes and smoking traditional ones, what would you choose?

Nicotine: Save our Children from this Toxic, Relentless Horror

A 2011 federal court case gives the Food and Drug Administration the authority to regulate electronic cigarettes under existing tobacco laws presumably because they deliver nicotine, which is derived from tobacco. This broad generalization that all electronic cigarettes “deliver nicotine” is not even true, since the flavored juices that turn to vapor via the use of devices often contain less nicotine than cigarettes and sometimes none whatsoever. Most articles stressing the health risks associated with nicotine delivered via e-cigarettes conveniently leave out this fact. Thankfully, an article on HowStuffWorks correctly points out that “there are also cartridges available that contain flavored liquid without nicotine, for users who want the sensory experience of smoking a cigarette without the harmful effects.”

According to an article bashing electronic cigarettes as a horrific danger to us all, the juice “poses a significant poisoning risk.” The article cites that, according to the CDC, “The number of calls to poison centers involving e-cigarette liquids containing nicotine rose from one per month in September 2010 to 215 per month in February 2014.” More than half of those calls involved children under age five.” How does this differ in any way from children getting into their parents’ medicine cabinets and overdosing on some candy-flavored medication? Here’s how you solve the issue of children getting a hold of electronic cigarette juice — put it on a higher shelf. There. I just solved one of the greatest concerns associated with e-cigs. Additionally, now that the good ol’ FDA is involved, they will probably make the juices childproof.

But of course, the concerns don’t stop there. The FDA claims that e-cigarette use can “increase nicotine addiction among young people and may lead kids to try other tobacco products.” First of all, please see my above comment about the nicotine-free juices. Additionally, in most states, minors are not allowed to purchase e-cigarettes or their accessories. Louisiana, one of the few exceptions previously, now prohibits the sale of e-cigarettes to minors. That law I get, because minors have underdeveloped brains that make rash decisions just to piss off their parents and the authorities. They are not trying to stop blackening their lungs and potentially giving themselves cancer by switching to a healthier method of getting their nicotine fix. Huge difference.Third, in response to leading kids to try other tobacco products, who wants to go from inhaling a smooth vapor flavored like delicious baked goods or refreshing fruits to choking down repulsive, chemical-laden and bitter tobacco smoke? No one, that’s who.

Those adamantly calling for the banning of e-cigarettes argue that their juice has a high chemical content; however, the substance that is inhaled when vaping typically has four ingredients: propylene glycol, vegetable glycerin, nicotine, and food-grade flavors, whereas cigarette smoke contains substances such as carbon monoxide, tar, arsenic, ammonia, cyanide and acetone among many others. The Boston University School of Public Health has gone on record saying that “few, if any, chemicals at levels detected in electronic cigarettes raise serious health concerns.”

The FDA is more anxious than a preteen girl at a high school dance to regulate the heck out of e-cigarettes. Mitchell Zeller, director of the FDA’s Center for Tobacco Products, said the agency is exploring potential product standards in the areas of addiction, toxicity, and product appeal as it prepares to gain regulatory authority over electronic cigarettes and other nicotine-delivery devices. One of the positive aspects that would go hand in hand with these regulations would be the increased public education by the FDA.

It’s not the nicotine that kills half of all long-term smokers, its the delivery mechanism.
-Mitchell Zeller

Another oft-cited criticism of e-cigarettes is that they have exploded in the mouths of their users. I’m not sure which punch I want to throw at this absurdity first. Let’s start with all of the explosions our beloved friends cigarettes have caused in their long reign. The fact that there are signs at gas stations warning smokers to smother their cancer-causers prior to fueling clearly started as a result of an explosion caused by the proximity of a cigarette to the flammable substance gasoline. Search “cigarette gas station explosion” on any search engine and the page will instantly bombard you with a string of news stories. Electronic cigarettes that explode generally have been tampered with in some way or another by their owner. Before you decide to label all e-cigarettes as potentially causing your face to burn off, remember that quality electronic cigarettes come with safeguards like automatic battery shutoffs or smart chargers that prevent overheating, and are properly tested prior to sale. According to manufacturers, regular e-cigarette batteries can’t do much damage even in the extremely unlikely event of their explosion.

Let me cite and mercilessly rip apart another anti-electronic-cigarette argument. According to a scholarly article, “despite the marketing claims that e-cigarettes are safer than smoking tobacco, researchers are finding e-cig users experience diminished lung function, airway resistance and cellular changes, regardless of whether or not they currently (or ever) smoke cigarettes. Users who vape nicotine-free e-cigs can’t escape the effects, either; they also experience airway resistance and other signs of inflammation as side effects of e-cigarette use.” However, all tests done with e-cigarettes are short term studies, as in what happens ten minutes after you inhale their vapor. Additionally, nicotine isn’t the culprit of airway resistance and inflammation. Tobacco has thousands of carcinogens and causes 90 percent of lung cancer, while short term studies indicate some minor inflammation after vaping on an electronic cigarette. Which would you choose? A painful, lingering and potentially lethal disease or about ten minutes of smaller airwaves?

While one study performed by Greek researchers at The European Respiratory Center found that “E-cigarettes, electronic tubes that simulate the effect of smoking by producing nicotine vapor, caused an immediate increase in airway resistance, lasting for ten minutes, making it harder for participants to breathe,” another study by Greek researchers published in February 2013 found that e-cig use did not affect short term lung function in comparison to both mainstream and sidestream tobacco smoke. The important aspect to note in the first study’s findings is that it increased airway resistance for “ten minutes.” Oh Heaven forbid, TEN whole minutes! I guess in this ADD era of short attention spans, that is basically a lifetime…

Yet there is success story following success story of musicians, athletes, and other individuals who push their lungs to the physical limits as part of their jobs switching from traditional cigarettes to electronic ones.

Playing a wind instrument requires an incredible amount of lung capacity and physical endurance. I used to smoke analog cigarettes and my lungs hurt every day, and playing upwards of 8 hours a day in college with painful lungs was absolutely miserable. As soon as my friend brought the earliest version of the now much more advanced electronic cigarette to rehearsal, I knew there was hope and I had to make the switch. I vape almost constantly every single day and ever since I switched from cigarettes to electronic cigarettes my lungs haven’t hurt once. I can’t remember the last cigarette I smoked, and I have no plans to start again.

Switching from traditional to electronic cigarettes also makes a huge difference for athletes. Online forum after online forum feature athletes relaying statements about the huge difference e-cigs made in their athletic performance, health, and lives overall. With the potential of e-cigarettes providing extreme health benefits for previous cigarette smokers, it only makes sense to make their use completely legal. Yet state after state is imposing ridiculous bans on the devices. At the moment, North Carolina is considering adding a tax to e-cigarettes. Okay, let’s take a long, hard look at what this will cause. One of the reasons cigarette smokers want to quit: it costs a ton, especially with the jacked-up tax rates on each pack they buy. So, if saving money by switching to electronic cigarettes is no longer a draw, then a good number of smokers destroying their health will just shrug their shoulders and stick with their nasty habit. There are also a vast amount of laws banning the use of electronic cigarettes which are, rightfully so, pissing off their dedicated users. In New York, electronic cigarette users took part in a “vape-in” to protest the New York City ban on the devices. New Jersey, Utah, and North Dakota already have similar bans and more states are considering following suit.

These over-the-top laws, regulations and the seemingly sudden backlash against electronic cigarettes are completely befuddling to me. I admit that, due to their relatively recent popularity and invention, the effects of electronic cigarette use ought to continue being studied. Although the e-cig juices found to contain toxins are often poorly made, cheap options while there are myriad options on the market that are comprised of organic materials. Tobacco cigarettes, on the other hand, contain thousands of toxins including arsenic, a deadly poison.

So, aside from “grossing out” Rachael Ray and giving kids a new device to covet and try to obtain from their older friends, e-cigarettes hardly pose a more pertinent threat than that of their toxin-laden tobacco predecessors. Well, now that I feel I have educated the public, I’m off to go vape. Peace.

Marisa Mostek
Marisa Mostek loves globetrotting and writing, so she is living the dream by writing while living abroad in Japan and working as an English teacher. Marisa received her undergraduate degree from the University of Colorado in Boulder and a certificate in journalism from UCLA. Contact Marisa at staff@LawStreetMedia.com.
Share:
Related ItemsCigarettesElectronic CigarettesLawsNicotineSmokersTobaccoVaping