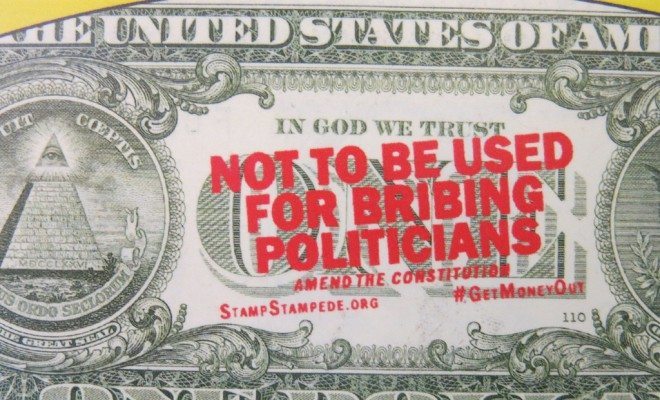 You know what I find hilarious? Incompetence. Seriously, it’s one of my favorite things. Especially when it’s political incompetence. Although to be fair, I probably only find it funny because it keeps me from getting too depressed over the current state of American politics. Are y’all curious as to what my favorite political incompetence moment was this week? Well, it was the incident where Virginia Republicans bribed a Democratic state senator by offering jobs to him and his daughter. By doing so, they gained a majority in the Virginia State Senate. Getting that majority may mean that the attempted Medicaid expansion that Gov. Terry McAuliffe has been working on will be derailed.

The Incompetence of Phillip “Sure I’ll Accept a Bribe” Puckett

Let’s work from the inside out. In this case, this first layer of incompetence involves now-resigned Senator Phillip “sure I’ll accept a bribe” Puckett. A Democrat from southwestern Virginia’s Russell County, Puckett received an interesting offer from members of the Virginia GOP. According to inside sources, Puckett was in consideration for a job as Deputy Director of the State Tobacco Commission and his daughter has been waiting around to be confirmed to a federal judgeship. The deal, allegedly, was that they would finally get approved if Puckett resigned. So…he resigned.

Although much-deserved backlash has led to Puckett’s announcement that he won’t be seeking the Tobacco Commission job, it seems that his daughter will get her appointment after all. And the Republicans will get what they wanted — Democrats won’t control the Virginia Senate, which likely means that Medicaid expansion in the state is dead. If this is all true, which it seems to be, I have just a few words for Puckett.

Sounds about right. Because if Puckett did take a bribe to leave his elected position as a state senator, he is a selfish bastard. People elected him based on his beliefs. And when you’re elected by the people…well then you work for the people. That means those voters are counting on you. That means that you probably shouldn’t let them down over your own selfish desires. If you wanted a job that you could leave without letting people down, you probably shouldn’t have become a public servant. Maybe Puckett left for some other reason; it does happen. But it’s still a crap move. Because at the end of the day he let down people who count on him.

And on the issue of Medicaid expansion, there were a ton of people who desperately could have used his help. As the Washington Post pointed out, there are about 3,000 of his constituents who have no health insurance. People who could have had their lives changed by Medicaid expansion. Puckett owes every single one of them a damn apology.

The Incompetence of the Virginia GOP

This award goes to the Republicans who bribed him — although incompetence is probably not the right word, because their plan did actually work. Instead, let’s call it nastiness. This is not our political process. Our political process relies on everyone going out and voting. And then after we’ve voted we have elected officials, and hypothetically we’re done there. We do this cool thing where we get to vote them out if we want to, we just need to let them serve out the term first. In some places, we can even recall our elected officials.

You know what we can’t do? Be giant babies and bribe them. I mean I guess we can, because Virginia Republicans just did. But we shouldn’t. It’s cheap, it’s obnoxious, it’s immature. And guess what? It’s also wrong.

The Incompetence of Everyone Who Doesn’t Value Compromise

And that brings me to our last layer of incompetence. It’s a big one. A huge one, actually. Because it’s all of us.

Yup, you. All of you. And me too, if we’re being fair. Without sounding prematurely ancient here, I remember growing up when compromise was a good thing. In school we learned how to compromise to end fights between friends. At home, I learned how to compromise with my parents so we all got what we wanted. And I remember a time when the word “compromise” wasn’t a synonym for evil when used in a political context the way it is now.

We disagree over Medicaid expansion, OK. While I have my own personal feelings about the issue, I recognize that there is a valid argument to be made for the opposing side. But this would all be a hell of a lot easier if we didn’t assume that our politicians can get exactly what they promised us. Because they can’t. They can’t stick to their guns so concretely that compromise becomes impossible. As we learned this week, when that happens you get crap like Puckett accepting a bribe.

So yeah, these layers of incompetence include us too. Let’s reclaim the word “compromise.” Let’s make sure this is the last time we facilitate an environment in which a bribe is a real possibility. Because otherwise, our elected officials will try this again.

Anneliese Mahoney
Anneliese Mahoney is Managing Editor at Law Street and a Connecticut transplant to Washington D.C. She has a Bachelor’s degree in International Affairs from the George Washington University, and a passion for law, politics, and social issues. Contact Anneliese at amahoney@LawStreetMedia.com.
Share:
Related ItemsBriberyBribesDemocracyElectionsFederal JudgeGOPPhillip PuckettState SenateTerry McAuliffeVirginiaVirginia GOP