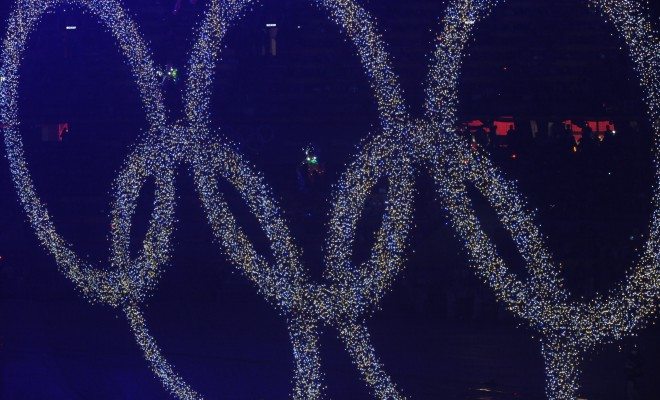 The Top 5 Reasons to Care About the Sochi Olympics

I love the Olympics. I always have. Summer or winter, it doesn’t matter. I will dutifully watch hours of Olympic coverage, get weirdly into obscure sports (curling!!!!!!) and stay up until ridiculous hours to watch my favorite games. That being said, the Olympics aren’t just all about fun. Over the years, the games have served, often unwillingly, as a backdrop for powerful political statements. For example, the American 1980 Summer Games boycott and resulting Soviet Union 1984 Summer Games boycott were both obviously politically motivated. Individual athletes can also turn the Olympics political — the 1968 Olympic Games Black Power salute by Tommie Smith and John Carlos made headlines and eventually got the two spectacular athletes banned from that year’s Olympic games.

Controversies in the Olympics are common, but this year’s games in Sochi seem particularly fraught. Here are the five most important political and social reasons to care.

Sochi is home to a lot of stray dogs. Nice, stray dogs, like peoples’ abandoned pets, or the offspring of those pets. According to passersby, most of the dogs seem quite friendly.  But I guess it looks bad to just have stray dogs wandering the Olympic grounds, so the Russian government paid a firm to have them rounded up and killed. The firm hired to do so called the dogs “biological trash.” This move sparked international outrage, people are now trying to adopt these dogs, and a Russian billionaire and big time Putin supporter is actually donating a ton of money to save the dogs.

Now I have…conflicting thoughts on the issue. Don’t get me wrong, I was incredibly outraged by the attempt to kill the dogs. I love dogs — they’re hands down my favorite animal, and come on, how can you resist a face like this?

I’m horrified that they would try to kill the dogs, and I would love for those dogs to be saved, but there is something amazing about the global reaction to Russia’s attempt to kill the stray dogs. This Guardian piece sums it up well, but case in point is that people do seem to care more about dogs than humans. There have been numerous stories of human rights abuses, yet this Sochi-stray-dogs story has made tons of headlines. I love the dogs too, and it breaks my heart that any would be killed, but it’s concerning that people are so focused on this issue. My best guess is that it’s easier to take a stand against animal abuse than more contentious political issues, such as…

While the Olympics happen, everyone is kind of tacitly ignoring the fact that there’s a major civil conflict going on essentially next door in the Ukraine. For all intents and purposes, Russia’s next step in the conflict has been on “hold” — most pundits are speculating that they will wait until the games are over to make a big move. So far, the entire conflict has been thoroughly messy though, and not just in the Ukraine. It’s become an almost miniature proxy war between the US and the EU and Russia. And believe me, both sides have the potential to play dirty. Russia is the most likely culprit to have leaked an incredibly embarrassing voicemail from a US diplomat dissing the EU. It seems like as soon as these Olympics end, things will start getting global in the Ukraine.

I think it actually says a lot about the symbolic power of the Olympic games (especially games set in Sochi) that Russia, the United States, and others, are willing to put some political maneuvers on hold.

Irina Rodnina was a prolific figure skater when she was younger, and now she is a Russian political figure. As one of the country’s most recognizable winter athletes, she was a seemingly natural choice to light the torch. But after Rodnina’s name was announced, it came to light that she had retweeted this disgustingly racist and obviously doctored photo this fall (as seen below in journalist Terry Moran’s tweet).
https://twitter.com/TerryMoran/statuses/431870114258878464

Rodnina wouldn’t even apologize at first. She just said that “Freedom of speech is freedom.” More recently, she claimed that she was hacked, although she had never said so in the past. But even after the tweet was discovered, Russia made no effort to get her to apologize or remove her from the torchbearer’s post.

As much as I love the Olympics, this is a point that I will make every time the Games occur in a non-major city (and sometimes even when they do occur in a big city). Before any Olympic games, the infrastructure gets ridiculously built up, and often after the Olympics end, the new buildings, hotels, and stadiums are abandoned. Here is an incredibly creepy collection of pictures from abandoned Olympic villages.

The Olympics provide a big economic boost, but after that, nothing. That’s a facet of every Olympic games. But the Sochi games have taken extravagance to a whole new level, and in a medium-size city like Sochi (52nd largest in Russia), things had to be built completely from scratch. Supposedly protected natural habitats of animals were destroyed, and an entire village had to be relocated. Like I said, I love the Olympics, but the pragmatist in me wonders if the cost is worth it, and I have never wondered about that more so than during the Sochi games.

This shouldn’t come as a surprise, but obviously Russia’s attack on gay rights is the biggest political story of these Olympics. As has been demonstrated over the last few months, being gay in Russia is incredibly difficult and oppressive. We’ve heard these stories for a long time, but the international spotlight on Russia this winter has given them a particularly haunting voice. President Obama and Vice President Biden, French President Hollande, and Canadian Prime Minister Harper, among others, have all declined to attend. In general, the Olympic games in Sochi have shed light on the human rights violations that occur there, and led to international pressure, but so far there’s been no real tangible signs of change. If the international community, the United States included, is serious about helping the very real problems of the LGBT community in Russia, the pressure on the country needs to increase substantially. Otherwise, the issue will be forgotten, as so many international causes have, and that’s just not acceptable.