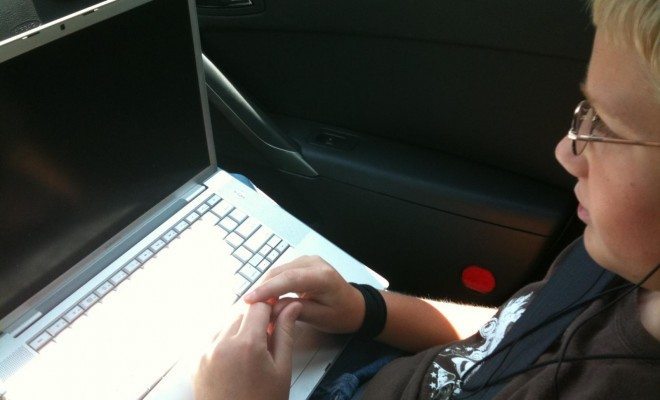 The Meld of Internet and TV…Good or Bad?

A few years ago, the only way you could watch a TV program was to catch it when it was being aired. Then we got DVR, and then there were shows available online on demand; and now we have Netflix, Amazon Prime, Hulu, and thousands of other (legal and illegal) ways to get our fix. And in so many ways, the Internet has completely revolutionized the way we watch TV. Because for a lot of us, TV isn’t contained to a physical television anymore. In fact, I, for the first time in about 3.5 years actually have a real, concrete television in my apartment. It only has the most basic of cable, but I often forget it’s there, because I’m so used to watching any and all TV programming on my computer.

So here are 4 different ways that the Internet has revolutionized TV…and whether these changes are good or bad.

4. We have an ability to find old shows that are new to us.

Before this weird meld of Internet and TV, the only way to discover a show that was off the air was to catch reruns. Growing up, I watched plenty of shows this way, but they were often out of order, disjointed, and difficult to follow. The Internet allows us to watch a show from the beginning, even if it hasn’t aired on TV in any capacity in years. For example, my freshman year of college, most of my roommates and I got really into The West Wing. It had originally aired 1999-2006, so given that I was in middle school at the time, it obviously hadn’t caught my attention. And it’s not just my friends–when both House of Cards and Scandal began airing, I heard them compared to the incredibly idealistic liberal love letter that is The West Wing by other college students. Tons of political junkies my age are discovering the show that we were just a few years too young for when it originally aired. A couple days ago, The Wire did a “best fictional president” bracket in honor of the West Wing, and of course, President Jed Bartlett won it. I’m betting the reason that The West Wing remains in our memory and is still so regularly referenced is because the Internet allows new watchers to discover it whenever they want, in fact, I’m pretty sure it’s still streaming on Netflix.

Good or Bad? Good. Finding a show that speaks to your interests is a great thing. Now my West Wing example is incredibly silly, I know, but I’ve absolutely used common interest in that show as a conversation topic before in my daily life. Most of my friends have seen it, and it’s just another thing that connects us. TV, for better or worse, plays a large part in our lives, and it’s pretty cool that the Internet has opened us up to shows from before our time. This doesn’t extend purely to shows that are before our time, this also allows us to see shows from other countries that usually wouldn’t make it to our TVs, which is also pretty cool!

3. Shows made exclusively for Netflix and other online networks.

This is also an incredibly recent phenomenon. In the past two years or so, Netflix has released a number of original series. The two most well known are probably House of Cards and Orange is the New Black, but there are a few others, including Hemlock Grove, and Lilyhammer, and there are also exclusive documentaries and stand-up comedy shows. These are high quality shows, and because they aren’t airing on TV, Netflix can afford to be risqué. This year, Netflix made history by being the first non-TV network to win an Emmy. Netflix isn’t the only Internet network to create their own content, though they are probably the most critically acclaimed and well-known. Amazon Prime and Hulu have also started producing their own content.

Good or bad? Good. More quality content is good for the viewers, to be sure, and it opens up opportunities for more experimental shows that networks may not want to chance, given that the content is less severely constrained by broadcasting. Television networks are complaining that it’s cutting into their viewership, but hopefully the competition will force them to up their game. After all, do we really need another “Real Housewives of ______” show?

I will unabashedly admit that Veronica Mars and Arrested Development are arguably two of my favorite shows ever. In some ways, they have a similar story–they were both cult favorites with high critical ratings but pretty low viewership. They both got cancelled after three seasons. And they both got a final hurrah in the last year–Arrested Development through a Netflix original fourth season, and Veronica Mars through a full length movie that was released late last week. I, like so many other fans, anticipated the extensions to both of these shows with bated breath.

The relaunch of these two shows is a testament to the seductive power of creating a product for fans. Netflix took a chance on Arrested Development, to be sure, but it was surely backed up by data. Netflix doesn’t release viewership figures, but they must have seen something in the data about the first 3 seasons previously available on the site to make them think that a 4th season would be profitable. A lot of people didn’t actually end up liking the 4th season much, myself included, but the fact that it was even undertaken in the first place says a lot about the lobbying power of fans.

The Veronica Mars is a more perfect example of my point. The movie was primarily funded by a Kickstarter campaign, run by the stars of the show and creator Rob Thomas. The Kickstarter reached $5.7 million in pledges from fans. The fans of the show literally paid to have this movie made–that’s how passionate the fan base is. Those who contributed certain amounts got perks too–like small extra roles, or online access to the movie. The film has gotten mixed reviews (I, for one, loved it!) but the launch has reprised a lot of discussions about how before-it’s-time the show was, like this one about rape culture  or this one about social class. My point is though, that TV is more influenced by fans than ever before.

Good or bad? Both. I loved that both these shows got their much-needed endings, but there is something to be said for letting sleeping dogs lie. The Veronica Mars movie was, in my opinion, good, the Arrested Development season 4 was bad. You know when a kid wants candy and you give it to them and then they get sick from too much sugar? Catering to fans’ whims has the potential to end up like that, and networks need to watch out for being too responsive to fan requests.

1. The phenomenon of “binge watching.”

Binge watching is new, created by the ability to access shows online with the internet. Binge watching is defined as 2-6 episodes of one show in a sitting. The only precursor was perhaps the TV marathon, but I don’t really think that counts because even in a marathon, the TV network still did stop airing the marathon at some point.

We now have the ability to sit on our asses and watch a show for as long as we please. I am absolutely being a gigantic hypocrite right now, because I have totally binge watched quite a few shows, but I am trying to make some effort to stop. Binge watching is when you let Netflix play until the wee hours of the morning, watching a show until it really barely makes sense anymore. It’s when you get that immediate gratification of watching the next episode instead of actually thinking about what you just watched. Roughly 61% of respondents to a Netflix Survey last year say they regularly binge watch.

Good or bad? Guys, I’ve got to think this is a bad thing. First, I have binge watched many a show that I can barely remember the next day. It’s impossible to thoroughly pay attention to anything that long, at least with the kind of attention that allows you to appropriately appreciate the show. It takes away the ability to talk about the show with your friends and coworkers the next day the way you can when the show is aired once a week on a network. And finally, as big a fan as I am of TV, that’s just too much. So here’s a suggestion–go ahead and binge-watch, in moderation. But take some time to appreciate what you’re watching. And remember, things are changing about TV and you don’t want it all to pass you by because you can’t stop watching House of Cards.

Anneliese Mahoney
Anneliese Mahoney is Managing Editor at Law Street and a Connecticut transplant to Washington D.C. She has a Bachelor’s degree in International Affairs from the George Washington University, and a passion for law, politics, and social issues. Contact Anneliese at amahoney@LawStreetMedia.com.
Share:
Related ItemsArrested DevelopmentBinge WatchingHouse of CardsInternetKickstarterNetflixOrange is the New BlackStreamingThe West WingTVVeronica Mars