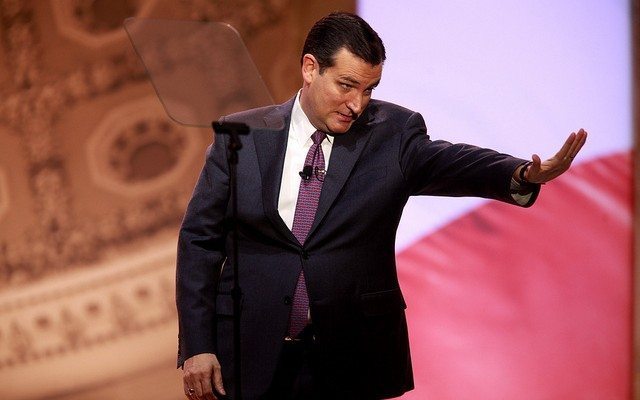 Ted Cruz Doesn’t Know or Care What Net Neutrality Is

Net Neutrality has been the center of an important political and technological debate for a while now. Law Street has covered the different developments extensively. This week, President Obama released a statement affirming the need for net neutrality, and it was a strong one.

If you don’t want to watch the entire statement, here are the sparknotes. Obama affirmed the concept of net neutrality and stated his plan moving forward: he wants the Federal Communications Committee (FCC) to reclassify the internet and protect net neutrality. As he put it in his statement:

To do that, I believe the FCC should reclassify consumer broadband service under Title II of the Telecommunications Act — while at the same time forbearing from rate regulation and other provisions less relevant to broadband services. This is a basic acknowledgment of the services ISPs provide to American homes and businesses, and the straightforward obligations necessary to ensure the network works for everyone — not just one or two companies.

Essentially, Obama wants to prevent Internet Service Providers (ISPs) from changing or altering the speeds at which they provide service to various sites or users. He wants to prevent what’s called “internet fast lanes,” because they mean that ISPs would have control over how fast particular sites load. Fast lanes stifle creativity, equality, and would give a ton of power and money to ISPs such as the much-maligned Comcast.

Of course, Obama can’t support anything without there being a very good chance that the other side of the aisle will get up in arms about it, and that’s exactly what happened here. Rising Republican star Ted Cruz tweeted the following:

"Net Neutrality" is Obamacare for the Internet; the Internet should not operate at the speed of government.

There are so many things wrong with this statement, I’m not even entirely sure where to start. It’s almost like Cruz created this tweet during a game of petty political Mad Libs–the prompt would have been “fill in a controversial program that will make people angry with the President without explaining the context, giving a comparison, or even trying to justify it.”

First of all, this shows that Cruz fundamentally does not understand what net neutrality is. Luckily, the very denizens of the internet whom net neutrality would hurt had a nice response for Ted Cruz–my favorite was the one by the Oatmeal, a humorous web comic. In addition to being a great take down of Cruz, it is also a pretty good explanation of net neutrality for the uninitiated. Take a look:

The Oatmeal’s point is simple–Cruz takes money from the very same ISPs that want to be able to charge people more for their services. And then he turns around and posts something on Twitter that’s not just horribly inaccurate but clearly inflammatory. Because he most likely does not understand net neutrality.

But Cruz and the people who work for him know how to score political points. And comparing anything to Obamacare is going to be a winning metaphor among those who have decided that Obamacare is the devil incarnate.

The fact that Cruz is against net neutrality is a bit upsetting though. It stands directly in contrast to the principles he purports to support. Cruz’s website focuses heavily on the idea of small business success, and working hard to achieve your goals.

Those principles–economic success through small business growth, pulling oneself up by the bootstraps–of Republican theory have been made so much easier by the advent of the internet. Now an entrepreneur can start a small business and use the resources provided by global connectivity to reach customers all over the world. A student who doesn’t have access to very good educational resources can use the internet to learn, for free.

But Ted Cruz would rather compare the internet to Obamacare because it’s easy.

Anneliese Mahoney
Anneliese Mahoney is Managing Editor at Law Street and a Connecticut transplant to Washington D.C. She has a Bachelor’s degree in International Affairs from the George Washington University, and a passion for law, politics, and social issues. Contact Anneliese at amahoney@LawStreetMedia.com.
Share:
Related ItemsBarack ObamaComcastFCCInternetInternet Fast LanesISPLiesNet NeutralityObamaPoliticsTed CruzThe OatmealTwitter