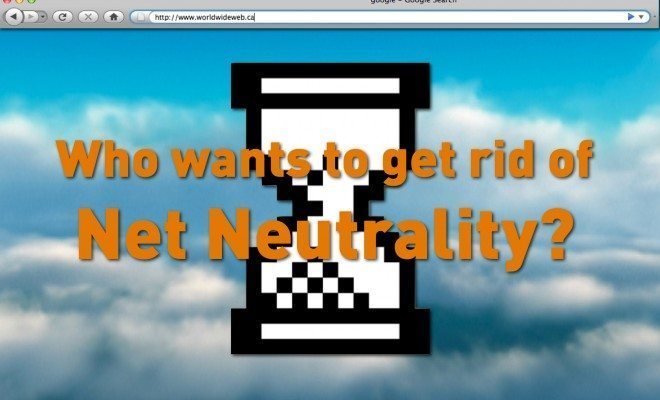 What is Net Neutrality & Why Should You Care?

To the average internet user, the exact mechanics of the internet remain a complicated mystery. A certain abracadabra happens every time that I type a website into my browser and hit enter. How does the website suddenly show up on the screen? Where is it coming from? What exactly just happened?

This gap in knowledge facilitates easy exploitation by those with something to gain.

For example, take the Net Neutrality Act: since most people do not understand the concepts of net neutrality, most simply do not have an opinion. Both sides on the issue can say that their stance most serves justice, and the average internet user will not know who to trust.

The intuitive reader can probably guess who stands on either side: large internet providers — like Verizon or Optimum — stand against net neutrality, while hacker-types mostly advocate in favor of it. Maybe one can decide their own stance based on which affiliation they prefer?

But this still doesn’t resolve the ambiguity. Hackers are cool, but also kind of scary and potentially foul-smelling; mega internet-providers are cold and corporate, but it’s so cynical to believe that the oh-so-many people who work at these corporations can all push for a policy they know is wrong.

So, in order to understand whether or not you support net neutrality, we will need to understand the internet a little better. Don’t worry, things won’t get too complicated — even after writing this, I still kind of think the internet works via abracadabra.

What is happening when I type a website into my browser? With net neutrality, when you type a website into your browser, the internet service provider cannot block a website or discriminate with respect to the speed of service — i.e. allow certain websites to have faster service than others. Think of a highway: net neutrality says that internet providers cannot divide the highway into a fast lane and a slow lane. All websites travel at the same speed and an internet provider cannot cherrypick certain websites that receive preferential or detrimental treatment.

What do net neutrality proponents want? Those in favor of net neutrality argue that an open internet cultivates innovation. For example, in a world without net neutrality, a company seeking to challenge Google would have to face the additional hurdles. Google can afford to pay for the fast-lane highway service while this new startup will likely have to try to compete using slower speeds. Additionally, those in favor of an open internet point to the potential abuse by internet service providers. For example, many internet service providers also offer On Demand video products which compete with Netflix and Hulu. Without net neutrality, these service providers can slow the access to Netflix or Hulu to try and push users into using their own products.

So, what do you think? Should the internet be a highway where all websites travel at the same speed or should there be a fast lane and a slow lane, with internet service providers charging a higher fee for fast-lane service? The choice will have tangible consequences on your internet speed, the ability of startup companies to compete, and how much you pay for access to many populate sites.