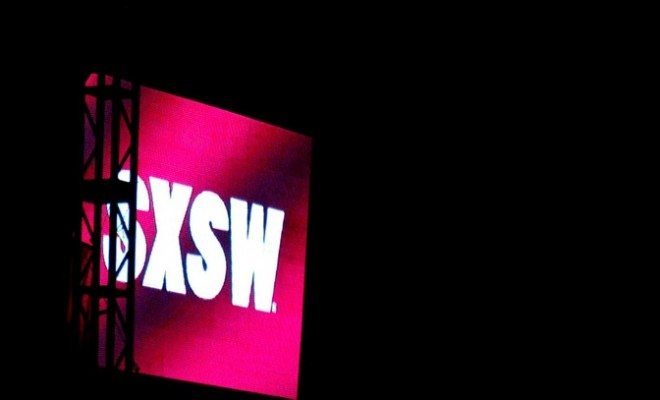 Here at Law Street, we love startups (probably because we are one). So of course we furiously followed Interactive week at SXSW. Honestly, while interactive week needs no explanation, I’ll throw a bone for the individuals who’ve been living under a rock. Now Interactive week just ended but to honor its entrepreneurial spirit, I want to highlight startups that are exploding onto the scene and are innovative, cool, maybe a little outrageous, or some combination of the three. Here are the five startups I suggest you keep an eye on:

This startup, founded by Ethan Basch, offers a male-only subscription-based condom service that encourages safe sex. Basch offers a variety of membership models, starting at ‘The Player’ (3 condoms for 5 bucks a month) to ‘The Legend’ (a whopping 24 condoms for 20 bucks a month). Frankly, this is a little bizarre and I am having a hard time not laughing, but I can’t knock his entrepreneurial spirit — clearly, someone is buying into this model. Also, I can’t be mad at a startup that uses a little humor to promote safe sex.

Spritz, a personal favorite, is a Boston-based startup that is revolutionizing how one reads. They developed a speed reading technology in 2011 but garnered very little traction until now.  So what is this speed reading technology? Spritz streams one word at a time at various speeds to cut down the amount of time that the eye uses in moving from word to word in a sentence. Theoretically, this allows a person to consume the text at a quicker rate.

Spritz’s main focus is to patent the technology rather than diversifying into app development at the moment, though I doubt that they will stay away from mobile development indefinitely. Currently, Spritz is close to closing 3.5 million in seed money so I can only imagine how they will grow in the coming months.

Everyone knows that in order to make something go viral or become profitable you have to target teenage girls. In the U.S, teens alone spend $208 billion on themselves. And well, nobody knows this better than Ringblingz. The New York-based startup hopes to tap into this market by offering wearable technology and just debuted their first product: a smart ring. The smart ring can send alerts from your favorite contacts on different social media websites so you don’t have to constantly check your phone. Pretty cool, right? This is just one of many projects coming out. So why should you watch them? Here is the answer: you might have heard of Ringblingz’s founders, Rich and Sheri Schmelzer. Do ugly Croc charms ring a bell? Well, it’s not a secret that I find Croc charms and Crocs, for that matter, to be ugly, but the charms created by Jibbitz were a huge success. There is undeniable business pedigree backing this startup, which makes the company’s future very interesting.

While everyone is freaking out about the new apps Secret and Whisper, you should add Yik Yak to the list. The app follows the new anonymity trend happening across web and mobile development. This startup, founded by two Furman University students, Tyrell Droll and Brooks Buffington, aims to connect through anonymous location-based posts but is definitely geared to college campuses. Yik Yak has already exploded onto the scene with more than 100,000 active monthly users. Also, three words: Juicy Campus Revival. I remember laughing at the crazy posts on Juicy Campus as a college freshman, but also the website had a serious dark, shady side.

So I am not surprised that they have already faced issues and criticism about possibly violating anti-bullying laws. Hopefully the app has continued success and we only see posts about the outrageous, weird, or gut-bustingly hilarious college incidents.

This is probably the most interesting startup on the list. Opternative is a Chicago-based startup, founded by Dr. Steven Lee and Aaron Dallek, that offers a quick online eye exam for $35. Exams are reviewed by ophthalmologists and you can get digital prescriptions that can be filled anywhere. I don’t know about you but my mind is blown.

Before medical professionals unleash their pitchforks, Dallek wants Opternative to be “not just an online eye exam but the gold standard digital eye exam that doctors could administer in their offices,” according to TechCrunch. Opternative not only wants to revolutionize the standard for eye exams but also, the whole medical process.

You might find these startups weird, crazy, or bizarre but you shouldn’t be surprised that they are here. It is becoming easier to translate ideas into a viable business model. Definitely keep an eye on these five.

Ashley Powell
Ashley Powell is a founding member of Law Street Media, and its original Lead Editor. She is a graduate of The George Washington University. Contact Ashley at staff@LawStreetMedia.com.
Share:
Related ItemsInnovationSXSWTech StartupTechnology