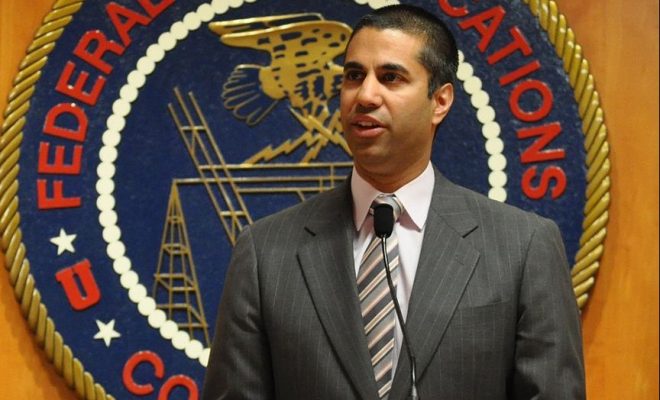 Ajit Pai is not a fan of net neutrality. Pai, appointed by President Donald Trump on Monday to chair the Federal Communications Commission (FCC), once said net neutrality would mean “permission-less innovation is a thing of the past.” Net neutrality supporters now worry that Trump’s latest appointee could spell the end for a level playing field on the web.

In February 2015, the FCC enacted new rules to “protect and maintain open, uninhibited access to legal online content without broadband Internet access providers being allowed to block, impair, or establish fast/slow lanes to lawful content.” In essence, internet providers–Comcast and Verizon, for example–could not put a speed limit on certain websites, while fast-tracking others.

Trump is coming for net neutrality. He wants his buddies in big cable and telecom to put the screws to content. This affects us all.

But Pai, a current FCC commissioner and former lawyer for Verizon, is a vocal and sometimes colorful, opponent of net neutrality. “On the day that the [rules were] adopted, I said that ‘I don’t know whether this plan will be vacated by a court, reversed by Congress, or overturned by a future Commission. But I do believe that its days are numbered,'” Pai said in a speech last month. “Today, I am more confident than ever that this prediction will come true.”

Trump has not come down strongly on the issue, though he has criticized President Obama’s regulatory agenda as a whole. The closest Trump has come to voicing his opinion on net neutrality came from this 2014 tweet:

Obama’s attack on the internet is another top down power grab. Net neutrality is the Fairness Doctrine. Will target conservative media.

If Pai wants to formally roll back net neutrality it will likely take some time, but he could start by directing the FCC to be lax in enforcing the rules. If Pai pursued that route, big internet companies like Google and Netflix could be popular enough–and have enough money–to buffer them against any major changes. In a recent earnings report, Netflix addressed the possibility that net neutrality could be a thing of the past:

“Weakening of U.S. net neutrality laws, should that occur, is unlikely to materially affect our domestic margins or service quality because we are now popular enough with consumers to keep our relationships with ISPs stable,” the company wrote. But for smaller companies that might not have the same mass appeal, the future is less certain.

Pai is certain to have one ally if he decides to take on the net neutrality law: AT&T. In a congratulatory note posted on their website, the internet behemoth said: “No one is more prepared to reframe the agency to address the needs of this rapidly changing marketplace.”

Some members of Congress are already girding for any changes that might come. In a statement on his Facebook page, Sen. Al Franken (D-Minnesota) said if Pai and Trump decide to clamp down on net neutrality, he “will fight them every step of the way.” He added, “Net neutrality is the free speech issue of our time, and the internet should remain the free and open platform that it’s always been. It is critical to our democracy and our economy that it continue to operate this way.”