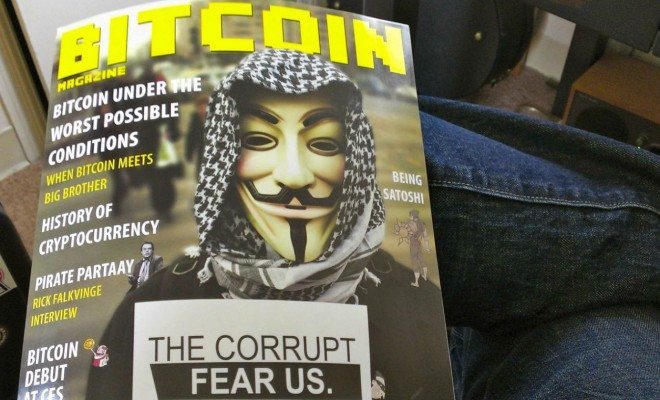 The Seedy Side of Bitcoin

Bitcoin  — the cryptocurrency in the form of digital coins — allows financial transactions to be completed over the internet without the use of banks or a clearing house.  (Click here to read Bitcoin for Beginners.) There are plenty of positives that come along with this currency: it reduces the cost of transactions, as the fees are significantly lower than those with traditional electronic transactions; there are no  prerequisites or qualifications to gain access to Bitcoin; and  unique to its creation, the coins, which are stored in free, user-created digital wallets, can be used in any country. With that said, there are real concerns surrounding the coins.

Unlike paper currency, Bitcoin is not backed by any government or any other currency standard such as gold. One huge difference between traditional currency and Bitcoin is that there will only ever be 21 million coins available. Unlike traditional currencies, producing more Bitcoins, or taking some out of circulation, is not an option, and many of the people currently holding them are hoarding them. This has increased speculation and contributed to the huge increase in cryptocurrency value over a short time. Once people realize that there are only a small amount of coins available to purchase out of the 21 million total, consumers may be unwilling to purchase them at such high prices. This could have adverse affects on the coins’ value, but on the other hand, the exclusivity of the commodity may cause people to be even more interested in acquiring the currency and cause its value to increase considerably.

What happens if Bitcoins become so valuable that they’re able to back legitimate government currencies?  How could this shift power and wealth to the people who are hoarding Bitcoins?  I’m not saying it will happen, but we must think about the possibilities in this technology-driven society. The major takeaway from the speculation is that this currency is risky and can be exploited easily. Bitcoins are a risky investment and there are no equivalent insurance protections to those at traditional banks. Possibly worse, there are no standard cybersecurity protections from hackers when dealing with Bitcoin. Due to the currency’s anonymity, it is very hard to track where a particular coin has gone once it’s taken from a digital wallet. This anonymity leads us into the darker, seedier side of Bitcoin.

Because of the anonymity and absence of government regulation, Bitcoin is being used as a de facto payment to fund illegal weapons and drug trades on the black market. The most well known underground internet-based drug ring, Silk Road, had more than one million users and was in operation for two and a half years. Silk Road allowed users to buy any kind of illegal drug they desired and have it shipped directly to their home. Think eBay for drug addicts and their suppliers. Silk Road was also good for child pornography and illegal weapons sales.

In September 2013, after years of investigation by the FBI, Silk Road was shut down and its engineer, Ross Ulbrict, was arrested after facilitating 1.2 million transactions. These transactions accounted for 9.5 million Bitcoins — valued at a whopping $1.2 billion — and earned Ulbrict about $80 million. Unfortunately for him, all of his Bitcoins, and a majority of those held by Silk Road users, were seized by the FBI, making the government agency’s digital wallet the largest in the world.

Although the FBI should be excited about a job well done, we must remember that it took them two and half years to shut down Silk Road, and only a month for Silk Road 2.0 to get up and running.  If you go to the site, the operators boast how they’re morally superior to the original Silk Road since they no longer provide child pornography or facilitate the sale of illegal weapons. No… I’m not joking. The site also talks about newly emerging competition with other underground websites that were created to fill the void Silk Road left. The problem is getting worse and the operators have learned from the mistakes of previous site operators. They’re even giving users instructions on how to better protect themselves and keep their identities from being detected.

The only positive in this situation is that these people are so clearly lacking significant moral fiber, that every few weeks the site creators steal  all of their users’ Bitcoins, or they are hacked and the site’s Bitcoins are stolen. Unbelievable. I think it’s kind of funny that these drug dealers are being robbed, but at the same time, we have no idea what kind of criminal mind has the ability to steal from other criminals. That’s when it gets scary. We can only hope that these kinds of underground sites will cause so much uncertainty that they self destruct. Until then, we have an unregulated digital currency that can be exchanged for real money, and is contributing to an increased amount of cyber thievery and crime in America and abroad.

Teerah Goodrum
Teerah Goodrum is a Graduate of Howard University with a Masters degree in Public Administration and Public Policy. Her time on Capitol Hill as a Science and Technology Legislative Assistant has given her insight into the tech community. In her spare time she enjoys visiting her favorite city, Seattle, and playing fantasy football. Contact Teerah at staff@LawStreetMedia.com.
Share:
Related ItemsBitcoinBlack MarketCryptocurrencyDigital CurrencyDigital WalletFBISilk RoadSilk Road 2.0Technology