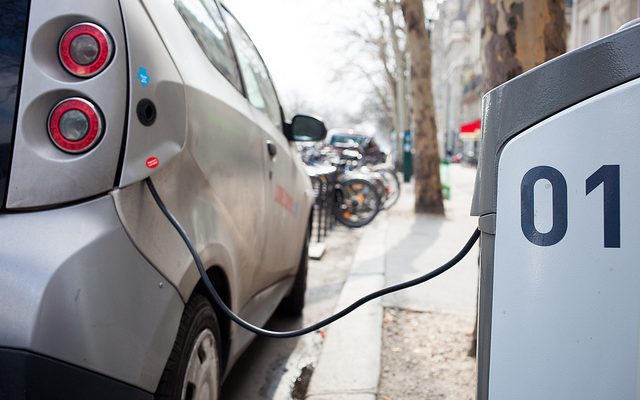 Some States Are Making it More Expensive to Buy Electric Cars

This week Tesla announced that production would commence for its new midsize Model 3, a fully electric midsize sedan that can seat five and travel up to 215 miles per charge. Its advertised price is $35,000, but new fees for electric cars may have you forking over more green to go green.

Over the last year five states have introduced legislation that added fees to the purchase of an electric or hybrid vehicle. In West Virginia, a bill that was passed in June requires a $200 fee every year for an electric vehicle and a $100 yearly fee for every hybrid. Similar legislation has been enacted in 10 states since 2011, with most governors and state legislatures justifying the added fees due to backlogs in road repairs and the need to make up for money that would have otherwise come from gas taxes.

Even California, which is home to Tesla and the Zero Emission program, approved of a $100 yearly fee for electric car owners. Governor Jerry Brown cited a need for “safe and smooth roads” to support the fee.

Granted, for someone who is willing to pay $35,000 for a car, an additional $100 service fee seems like a small increase. But supporters of electric (and other environmentally friendly) vehicles believe that the fees and lack of tax incentives can stall the sales growth of eco-friendly cars in the automotive market.

Large auto companies such as Ford, Nissan, and Volvo currently have electric models and are expanding their electric programs, but electric cars only make .6 percent of the auto market and sales growth has dramatically decreased from 227 percent to five percent last year.

For example, in 2015 when Georgia ended the $5,000 tax credit for electric and hybrid vehicles and instead put a $200 fee on them, the sales of electric cars dropped by 93 percent.

But what could really damage electric vehicles’ ability to break into the mainstream market is the potential that Congress will not extend the $7,500 electric vehicle tax credit (for the first 200,000 vehicles produced) in the new budget.

The tax credit is important because currently the technology to produce electric cars hasn’t caught up–essentially Tesla can’t make an affordable mass produced electric car that will cost the same as a regular car because the technology hasn’t gotten there yet. The tax credit allows for producers such as Tesla to still be competitive in the automobile market and to turn a profit. By doing this the government is hoping for more innovation and expansion of the electric car market. Experts believe that if this credit is removed, then the projections for electric cars by 2025 will decrease by 250,000 vehicles. As the U.S. struggles to deal with its carbon footprint, electric cars could be a valuable tool, and priorities need to be seriously considered.

James Levinson
James Levinson is an Editorial intern at Law Street Media and a native of the greater New York City Region. He is currently a rising junior at George Washington University where he is pursuing a B.A in Political Communications and Economics. Contact James at staff@LawStreetMedia.com
Share:
Related ItemsElectric CarsEV'sFederal EV TaxState TaxesTesla