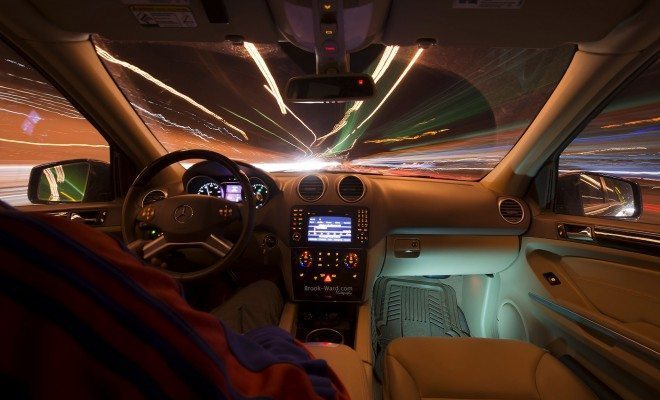 In an attempt to get American cities thinking about the future of transportation, the federal government initiated a contest last December. The U.S. Department of Transportation (DOT) launched the Smart City Challenge, which asked cities to come up with new and innovative transportation solutions, with particular emphasis on self-driving vehicles. The competition drew 78 different cities (or teams of cities) as applicants, and US Secretary of Transportation Anthony Foxx just announced seven finalists who will move on to the next stage of the competition.

The cities who made the finals are: Austin, Texas; Columbus, Ohio; Denver, Colorado; Kansas City, Missouri; Pittsburgh, Pennsylvania; Portland, Oregon; and San Francisco, California. Although there were originally only supposed to be five finalists, these seven were chosen because of the strengths of their proposals.

Each city that made it to this level in the competition will receive $100,000 to further develop their plans, as well as DOT help. The overall winner could get up $50 million to implement their innovative transportation solution. The other 71 cities that entered the contest will also most likely get some federal funding help with their transportation systems as well.

There were a wide range of different proposals offered; according to the Washington Post’s Michael Laris:

The plans are ambitious and varied, from Columbus’s push to build a network of on-demand driverless shuttles to Portland’s plan to connect electric vehicle charging stations to its streetlight system.

The contest was inspired by the fact that a 2015 DOT study found that many American cities are unprepared for imminent transportation trends, including increased urbanization, denser neighborhoods, and an older population. According to a statement Foxx gave to Gizmodo:

For a long time these cities have felt very powerless seeing congestion and travel times going up and haven’t had the resources to aggressively tackle those things. We’re saying, if you’ve got a creative idea to answer those challenges, let’s see how we can help.

It will be interesting to see what kind of plans the seven finalist cities are able to implement. They could be the first steps in widespread transportation innovation in the U.S.

Anneliese Mahoney
Anneliese Mahoney is Managing Editor at Law Street and a Connecticut transplant to Washington D.C. She has a Bachelor’s degree in International Affairs from the George Washington University, and a passion for law, politics, and social issues. Contact Anneliese at amahoney@LawStreetMedia.com.
Share:
Related ItemsAustinColumbusDenverDepartment of TransportationDOTKansas CityPittsburghPortlandSan FranciscoSXSW