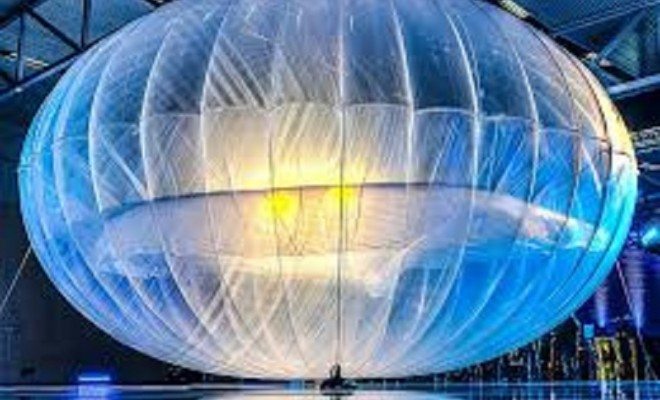 Image courtesy of [iLighter via Wikipedia]

The Google X research lab announced this week that it expects its experimental Loon Balloons will be delivering internet service around the globe by next year. Using balloons to provide a wireless internet connection to rural areas across the country sounds like an extraordinary idea, but I thought it would remain science fiction.  I couldn’t fathom how the balloons could be controlled, including how they would maintain strong signals. Also, knowing that Google isn’t really an Internet Service Provider (ISP), I couldn’t imagine how this technology would be available to consumers. With regard to believing in the technology’s functionality and ability to be controlled, I will admit that my Googliness is nowhere near where it should be, and for that, I am ashamed. My public policy mind, however, still isn’t convinced that a practical solution for how to provide the service to consumers has been created.  First we must look at how the Loon Balloon works, and then we’ll explore the policy challenges it will face.

Project Loon’s pilot program has released solar powered balloons equipped with antennas and radios into the atmosphere. These balloons float roughly 65,000 feet into the sky. To better understand the balloons’ placement it should be noted that airplanes and weather occur on the troposphere, which is about 32,000 feet in the sky.  There’s no way to see the Loon Balloons from earth without a telescope. While the balloons are in the stratosphere there are winds, typically flowing from the west to the east, that allow the balloons to float. The balloons are then steered from the ground to follow the winds to new areas while always keeping balloons in every area necessary to continue providing a connection. The balloons are able to talk to neighboring balloons and can only receive signals from Project Loon antennas. This is intended to achieve high band width over long distances.

Additionally, the group-based antennas bounce off of the balloon network, which sends a signal down to the global internet. The pilot program has done so well that Astro Teller, head of the Google X Lab,  believes enough balloons will be launched in the southern hemisphere by next year to have a “semi-permanent ring of balloons.” The balloons are semi-permanent because they are eventually brought back down to earth to be recycled and reused. Although this project seems to ensure Internet access in rural areas, the balloons use the LTE protocol employed by cellular providers to equip users with wireless Internet service. This means that Google Loon has to team up with local ISPs to actually provide a connection to the public.  Here is where we could encounter a problem.

Many ISPs choose not to build infrastructure in rural areas due to the high cost and low probability that they’ll see a great enough return on their investment. This is one of the largest issues we face when considering how to provide Internet service in rural areas. If the balloon has to be supported by preexisting infrastructure then aren’t we back at square one? Google is not quite an ISP. The company is dabbling in this area with the invention and continued expansion of Google Fiber; however, this isn’t available in many areas. As an answer to the questions I’ve posed, Google expressed a plan to invest nearly $1 billion in low-Earth orbiting satellites as an extension of Project Loon. These satellites are able to beam internet access down to consumers.

It is unclear if the balloons will be used in conjunction with the satellites, or if the satellites will replace the Loon balloons all together. Either way, this project is interesting and continuing to broaden in scope. While we can see that the technology works, we’ll have to wait for more information on the success of its application.

Teerah Goodrum
Teerah Goodrum is a Graduate of Howard University with a Masters degree in Public Administration and Public Policy. Her time on Capitol Hill as a Science and Technology Legislative Assistant has given her insight into the tech community. In her spare time she enjoys visiting her favorite city, Seattle, and playing fantasy football. Contact Teerah at staff@LawStreetMedia.com.
Share:
Related ItemsGoogleGoogle FiberInternet Service ProvidersProject LoonSatellitesTechnology