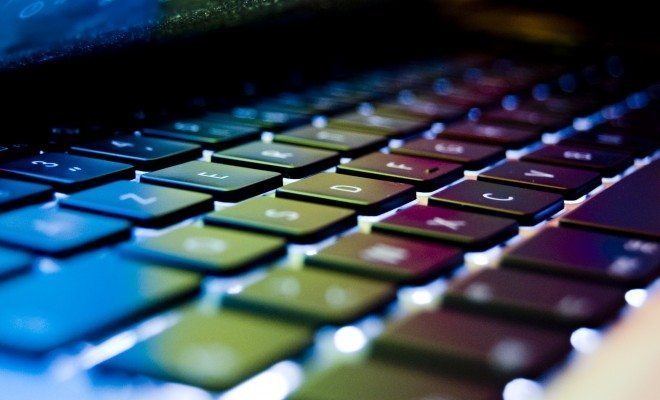 The Return of the PC: Are Millennials Going to Move Away from Apple?

Apple is one of the world’s most powerful and innovative brands, and there is no doubt that it has significant staying power that will guarantee the company an enviable position in the tech world for the foreseeable future. However, the cult of Apple has been losing some followers who have decided to switch back to their original PCs. What does this mean for millennials, many of whom have been behind Apple’s huge growth in recent years?

Companies generally use PCs for workplace desktops and laptops, but many former PC users have also abandoned Apple as their personal device provider. There are a host of reasons why someone might switch back from a Mac, but the most commonly cited ones are variety of devices and cost. With dozens of different PC models on the market, consumers have a wide range of options to choose from. The rise of the tablet has also converted many traditional laptop users into tablet users, who have become devotees of the Microsoft Surface or the Kindle Fire. The Surface has become a major revenue generator for Microsoft, allowing it to hold its own against Apple over the past few years. The Samsung Chromebook has not overtaken the Macbook Air but it has opened the door to other companies creating lightweight yet still powerful laptops. More than usability, however, the cost of Apple products is what dissuades consumers from joining the Mac bandwagon. Shelling out almost a thousand dollars for a new laptop every few years seems absurd to consumers who could be buying PCs for half the cost.

Defenders of Apple argue that the user experience is far superior and that the level of customer service is unparalleled. The prevalence and ease of Apple stores makes computer repair seem like a breeze and customer satisfaction surveys constantly rank Apple at the top of the list. Apple will not be falling into oblivion anytime soon but it also does not have the tech market entirely under its control. Microsoft has claimed it will be making significant advances in 2016, and if that promise holds true, the Mac vs. PC debate may no longer be as much of a no-brainer as late 2000s Mac ads made it seem. My conversion to an iPhone two years ago has made me acknowledge the ease and efficiency of using an Apple product, yet, as a long-time PC user, I have no desire to switch to a Macbook. I love that the computer itself is not fragile (I am always thankful that I have a PC whenever I see someone carrying a Macbook with a shattered screen into their local Apple store) and seeing as I mainly use my computer for Microsoft Suite, hanging on to my PC makes perfect sense. Perhaps Microsoft, Samsung and other companies should take that to heart. We may all have become addicted to iPhones, but some are still wary of Apple when it comes to our more substantial technological needs. In an age where technology is constantly developing and growing, it’s almost paradoxical to think that we are still so comfortable with the original iteration.

This is an interesting question for the millennial generation specifically, given that we have grown up with Apple–iPods and Mac Pros were circulating around us when many of us were still in elementary school. When consumers that grew up surrounded by Apple products actively choose to look elsewhere for their personal device, Apple should consider it a major red flag. Many people receive their technological devices as gifts from their parents, which explains why the PC has retained a foothold with so many youth consumers who have transitioned to Apple for their phones and musical devices–but not for their laptop. Apple needs to cater not only to the generation that has grown up with their products but to the purchasing power behind that generation (the parents).

According to The Huffington Post, some users still identify very strictly along Mac vs. PC lines, associating personality traits and distinct demographics with each brand, but for many consumers, “the operating system wars are over.” The competition between Mac and PC has pushed both sides to produce higher quality technology and security, to the point that they are essentially equivalent. This generation will probably care less about the customer service or usability of the device because by the time they are purchasing their own device (rather than receiving one selected for them by their parents), both Mac and PC will have exceptional platforms.

So, this means that the factor that will now decide the Mac vs. PC debate is cost. Who can sell the best quality product for the lowest price? When catering to a consumer base that has been rocked by a recession, facing heightened unemployment, and crippling student loan debt, cost cannot be considered a minimal piece of the puzzle. Loyalty to one brand over another may not survive in the coming decades, but competitive pricing will always be a surefire way to attract customers.

Jillian Sequeira
Jillian Sequeira was a member of the College of William and Mary Class of 2016, with a double major in Government and Italian. When she’s not blogging, she’s photographing graffiti around the world and worshiping at the altar of Elon Musk and all things Tesla. Contact Jillian at Staff@LawStreetMedia.com
Share:
Related ItemsApplelaptopMacmacbookPCtabletTechnology