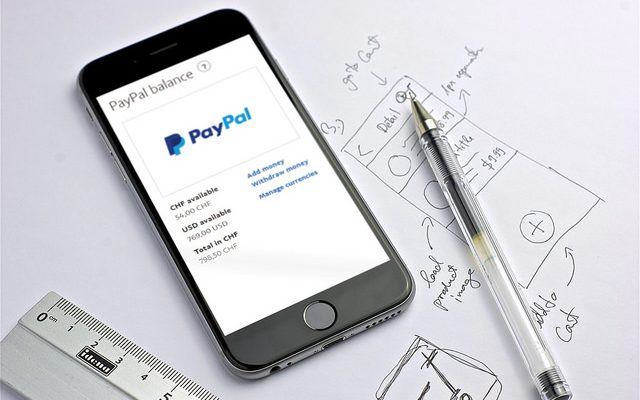 PayPal is suing music streaming service Pandora, accusing it of copying its signature “P” logo, according to a lawsuit filed Friday in Manhattan federal court. The digital payment company alleges that Pandora’s new logo intentionally confuses customers into mistakenly opening the wrong app on their phones.

Pandora revamped its app logo back in October 2016, changing the front and opting for a more minimalistic blue and white design. At the time, Wired magazine couldn’t help but notice that Pandora’s blue capital “P” looked eerily familiar to another app–PayPal.

At first glance, the new app icon looks understated, its form and color reminiscent of the PayPal logo; the updated Pandora ‘P’ has no counter (the open space between the stem and the bowl of the ‘P’), and sports a subtle blue gradient.

Many app users have noted the similarities between the apps on Twitter as well:

that moment when u click on PayPal cuz u thought it was pandora smh 😑 @pandoramusic pic.twitter.com/5I9tz3ACD3

Look how similar the #pandora and #paypal logo are when next to each other…. #graphicdesign pic.twitter.com/dhWqmRQXq7

Pandora wants to be young and hip again. That’s why they… copied PayPal’s logo? pic.twitter.com/MSGUuV0FqC

According to the New York Post, PayPal says this confusion diverted traffic away from its app, and in effect caused it to lose customers.

“One critically important function of the PayPal logo is to stand out on the crowded screens of customers’ smartphones and tablets,” the suit states. The company says it “has invested heavily in the PayPal Logo since its introduction,” and that Pandora’s logo “not only resembles, but openly mimics the PayPal logo.”

PayPal reportedly sent numerous letters to Pandora hoping to solve the problem, but they went unanswered. Now the company is asking the court to force Pandora to stop using the logo and pay unspecified damages for trademark infringement and trademark dilution.

The threat of a possible settlement isn’t good news for Pandora, which lost about $250 million last year. The internet radio company was late to join the premium subscription bandwagon, and has since struggled to keep up with the growth of Spotify and Apple Music. Earlier this month the company received a $150 million investment from KKR & Co., the private-equity firm, in order to keep it afloat as it attempts to court a buyer to rescue it from its financial woes.

Alexis Evans
Alexis Evans is an Assistant Editor at Law Street and a Buckeye State native. She has a Bachelor’s Degree in Journalism and a minor in Business from Ohio University. Contact Alexis at aevans@LawStreetMedia.com.
Share:
Related ItemsIntellectual Property NewsLawsuitPandoraPayPalTrademark DilutionTrademark Infringement