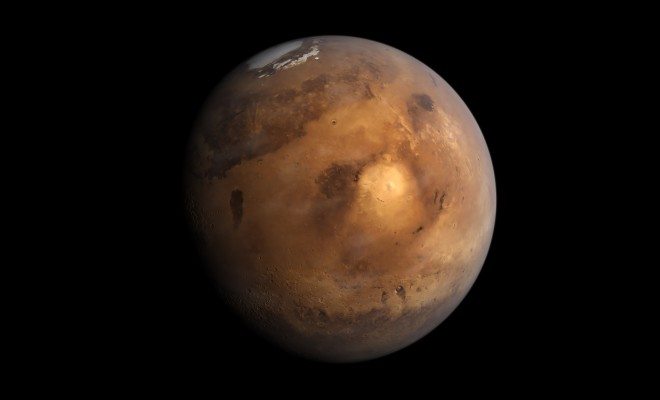 SpaceX recently announced that its Dragon spacecraft, designed to deliver both cargo and people, could be touching down on Mars as soon as 2018. Mars has long fascinated space agencies, and the U.S., Russia and the EU have all landed spacecraft on the planet, but SpaceX would be the first private company to complete a mission to Mars.

SpaceX is seeking to land its Dragon using rocket power alone, as opposed to the system of parachutes and airbags that are usually involved in landing spacecraft. In April, SpaceX successfully landed its Falcon 9 rocket ship on a platform at sea, following up a successful landing on a ground-based site in 2015. SpaceX is conducting another rocket launch and landing this week, but the company expects the landing to be unsuccessful, citing “extreme velocities and re-entry heating, making a successful landing unlikely.” Even if this week’s landing is unsuccessful, SpaceX engineers are still confident in the feasibility of launching their product within a few years rather than a matter of decades.

SpaceX may be a private company but it is not looking to keep NASA out of the loop on its Mars project. SpaceX has agreed to gather data for NASA and will utilize technical support from NASA, including use of the Deep Space Network for communications. SpaceX will be the financial power behind the project but the Dragon launch is a collaboration rather than a competition with traditional space agencies. This type of cooperation marks a new era in space exploration. Whereas the initial space race of the past century was defined by U.S.-Soviet competition, we are now seeing space travel as a team effort that brings creative minds together rather than setting them up as mortal enemies. Rocket launches in the private sector are concerned with the goals of the company and its engineering staff rather than a victory for the nation.

National space agencies are not extinct and may even be revived to rival their boom years in the future, but at this moment they are taking on a support role and perhaps making space exploration more cooperative by doing so. Instead of framing the journey to Mars as a race, we need to construct it as a project that all the brightest minds can contribute to, no matter where they come from. The 2018 launch date for the Dragon may come and go without a successful launch, but if SpaceX keeps up its open collaboration with NASA (or expands it to include other space agencies and companies), then the company and its engineers will have made a substantial contribution to the future of space travel on Earth–even if they don’t make it to Mars.

Jillian Sequeira
Jillian Sequeira was a member of the College of William and Mary Class of 2016, with a double major in Government and Italian. When she’s not blogging, she’s photographing graffiti around the world and worshiping at the altar of Elon Musk and all things Tesla. Contact Jillian at Staff@LawStreetMedia.com
Share:
Related Items2018Dragon spacecraftMarsNASASpace ExplorationSpaceX