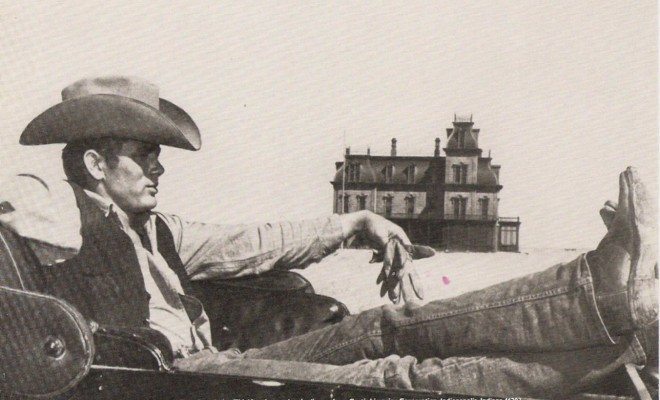 The fact that James Dean died in 1955 hasn’t prevented his fans from following his active Twitter account. A passionate fan of the actor created the handle @JamesDean and maintains a sustained presence as his Twitter voice. Dean’s estate, however, took issue with this renegade appropriation and has sued Twitter for not shutting down the account, claiming it has to control how James Dean’s name and image are used. They argue that they are the rightful owners to the handle @JamesDean and should control its activity.

Interestingly, the operator of @JamesDean claims that this lawsuit represents an about-face from the estate’s previous policy. On June 16, 2010, @JamesDean sent the following tweet:

Twitter believes that the use of @JamesDean falls within their trademark policy, which permits users to create fan pages of a celebrity as long as the page is not misleading followers into thinking the account represents the official voice of that person. Ultimately, this case features parties with conflicting rights. The Twitter user can argue that he has a freedom of speech right to create a fan account for his or her favorite actor. James Dean’s estate can point to its intellectual property right to control how James Dean’s name is used.

If this case goes well for James Dean’s estate, it could unleash a cascade of litigation against Twitter by celebrities, dead and alive. Additionally, if Twitter caves to the pressure applied by James Dean’s estate and dethrones the user who controls @JamesDean, that could also set a precedent that encourages other celebrity estates to sue the company. Twitter will have a lot to lose if they unsuccessfully handle this lawsuit.

To its advantage, Twitter can demonstrate that they have policies in place to signal that an account is operated by the real celebrity or his or her estate. For example, Michael Jackson’s Twitter page has a check mark by his name indicating that the account is verified.

Twitter can argue that James Dean’s estate can create their own Twitter account with the verified check mark to proclaim that the account represents the actual voice of James Dean. The estate will appear petulant by maintaining that only the handle @JamesDean will suffice to protect their rights as owners of James Dean’s estate. James and Dean are both popular names – the argument would also mean that the estate can repossess the account of some unfortunate teen who shares the name of the famous star if the teen had @JamesDean as his handle. While it is unlucky that an avid fan created @JamesDean before the estate, their logic appears shaky when they can just create another handle as a verified Twitter account.

There is something unsurprising with James Dean being exiled from his own Twitter handle. It fits his renegade image – but his estate believes only he has the right to determine that.