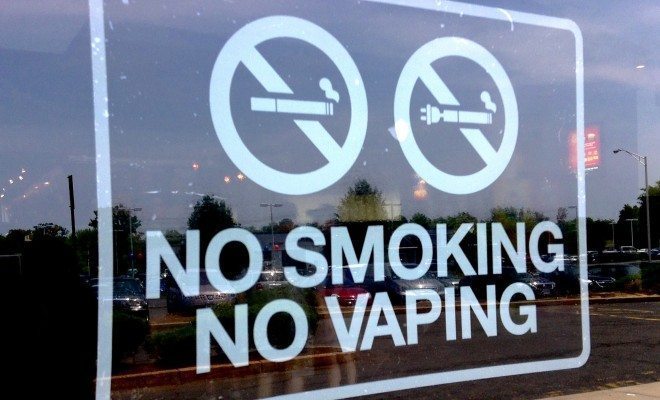 FDA Moves to Regulate E-Cigarettes: Is the Vaping Honeymoon Over?

The Food and Drug Administration (FDA) is making a big push to regulate e-cigarettes, cigars, and other non-cigarette smoking devices for the first time. The FDA has been working on these rules for a while, but finalized them on Wednesday. Most of the regulations pertain to smoking via means that aren’t traditional cigarettes, cigarette-related products, or smokeless tobacco–such as hookah, e-cigarettes, and cigars.

One of the most noteworthy new policies is that the FDA will ban the sale of e-cigarettes to individuals under the age of 18. Additionally, the way that e-cigarette manufacturers are allowed to market the e-cigarettes already on sale will require federal permission. The other regulations that will be placed on e-cigarettes include:

A prohibition on distribution of free samples; a ban on selling e-cigarettes in vending machines unless they are in secure places that never admit young people; and a requirement that e-cigarettes carry warnings that they contain nicotine, which is addictive.

Additionally, the regulations will ban the sale of cigars, pipe tobacco, and hookah tobacco to minors under 18.

The FDA put out a statement about its new regulations, stating:

The federal government isn’t the only one cracking down on e-cigarettes (or vaping–the act of using e-cigarettes or other electronic smoking devices). California’s governor Jerry Brown just signed a law that, in addition to changing the legal smoking age to 21, will restrict the use of e-cigarettes in some public places. According to the Los Angeles Times:

Electronic cigarettes are considered to be tobacco products and cannot be used in restaurants, theaters, bars and other places where smoking has long been banned. They also cannot be marketed to minors.

E-cigarettes are certainly more popular than ever, but as various federal and state regulations crack down, that popularity may not be permanent.

Anneliese Mahoney
Anneliese Mahoney is Managing Editor at Law Street and a Connecticut transplant to Washington D.C. She has a Bachelor’s degree in International Affairs from the George Washington University, and a passion for law, politics, and social issues. Contact Anneliese at amahoney@LawStreetMedia.com.
Share:
Related Items21CaliforniaE-cigarettesFDAFood and Drug AdministrationMinorsTobaccoVapeVaping