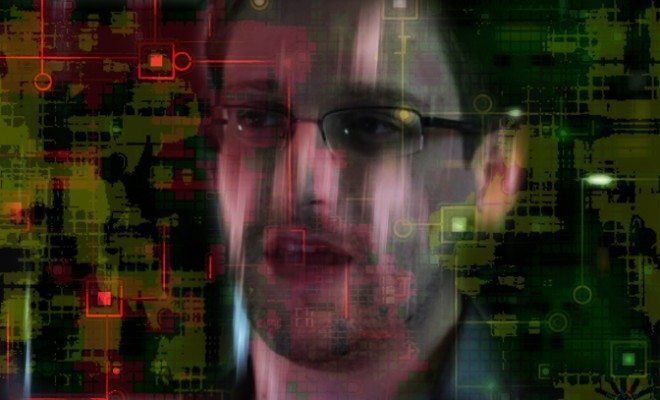 Fareed Zakaria and Edward Snowden Debate the Limits of Encryption

“Government should have lawful access to any encrypted message or device.” That was the resolution at the center of a debate between CNN’s Fareed Zakaria and Edward Snowden, former NSA contractor and infamous (or famous, depending on your opinions) leaker of classified information.

Zakaria, the host of CNN’s “Fareed Zakaria GPS” and Washington Post columnist, supported the resolution, arguing that no one should be able to have a “zone of immunity,” and that with due process, all information should be accessible to law enforcement. Edward Snowden, the NSA contractor responsible for an unprecedented leak of classified information about the agency’s surveillance programs, took the opposing position, arguing that computer security is the preeminent challenge of our time and that making it possible for the government to access devices makes everyone’s information less safe.

The People and the Place

The debate, which took place in the New York Times Building just steps away from Times Square, was co-hosted by the Century Foundation and NYU’s Wagner School for public service. Zakaria stood before the audience in New York while Snowden was teleconferenced in from Russia.

With the help of moderator Barton Gellman–a two-time Pulitzer Prize-winning journalist who broke the story after Snowden’s leak and current Senior Fellow at the Century Foundation–the debaters managed to debate the merits of encryption. Although discussion of encryption often becomes abstract, with talk of backdoors and impenetrable walls, Snowden and Zakaria got to the crux of the issue: when possible, should companies be forced to comply with court orders to release information when law enforcement cannot access it?

The Fuss Over Encryption

Encryption tends to quickly polarize people. On one hand there are people like FBI Director James Comey who has said that one day, law enforcement officers will need to get into an encrypted device to save a kidnapped child, and without the ability to do so, someone might die. On the other are privacy advocates, who say that weakening security by making every device accessible to the government, or creating a so-called backdoor, will make devices insecure for everyone, criminals and upstanding citizens alike. But the reality is often more complicated.

Drawing from his unique position as a former NSA contractor and current privacy advocate, Snowden noted that nothing is completely protected. If someone can access their device, then it is possible for others to access it as well. He used examples from his time at the NSA, saying that he was able to get around encryption. He also cited the FBI’s success in arresting Ross Ulbricht, the man behind the infamous Silk Road website–an online black market that often facilitated illegal activity. The FBI managed to arrest Ulbricht and access his encrypted information because agents physically took his computer while he was logged into Silk Road at a public library.

But Zakaria shot back arguing that getting around encryption like that is very difficult and often extremely expensive. He noted the recent battle between the FBI and Apple, in which the FBI ended up paying more than a million dollars to break into a phone used by one of the San Bernadino shooters. Zakaria asked why wealthy law enforcement agencies should be able to break into the phones of murderers while similar crimes go unsolved in Harlem and the Bronx.

Eventually, Gellman, the moderator, raised a question that got to the heart of the issue. He noted that the messaging service WhatsApp has, based on available evidence, managed to create comprehensive end-to-end encryption for its users–meaning that even the company cannot read its users’ messages. Gellman asked Zakaria if such services should exist, noting that a bill in the Senate would require companies to be able to decrypt their customers’ data with a court order, making impenetrable encryption against the law.

Zakaria conceded that if a company was able to create a system that the company itself could not decrypt, then they would not be held liable. “If WhatsApp says we literally do not know how to write this code—WhatsApp could demonstrate to a court that they don’t have to do it,” Zakaria said. But he maintained that if uncovering the data is possible, the government should be allowed to do so with a court order.

At that point, the disagreement became clear–Zakaria, and the pro law enforcement camp in general, believe that when it is possible (and it often is) the government should be able to gain access to devices if they obtain a court order. But Snowden, technologists, and privacy advocates, counter that making companies exploit their own systems to gain access to devices makes everyone’s information less safe.

A Welcome Focus on Realism

While strong disagreement between the two sides remained at the end of the event, they managed to discuss the issue based on its merits without exclusively dealing in abstract hypothetical situations. The debate boiled down to the tension between cyber security and law enforcement’s ability to get information, echoing the larger battle between preserving privacy and providing safety. While the debate remains far from settled, Snowden and Zakaria’s discussion of encryption should help shape the conversation going forward.