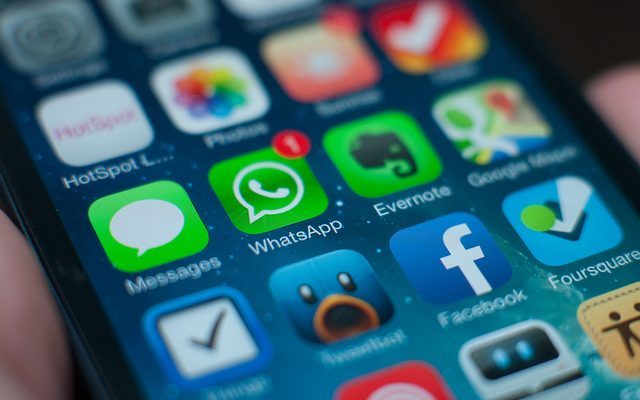 In the wake of the deadly terror attack in London last week, UK officials have renewed pressure on Facebook’s popular encrypted messaging service, WhatsApp, to create a backdoor for law enforcement.

Khalid Masood, the man identified as the Westminster Bridge attacker, reportedly logged on to the app minutes before he went on a murderous rampage that left four dead and dozens wounded. UK Home Secretary Amber Rudd believes WhatsApp and other encryption messaging services like it should give authorities access to their platforms in cases like this because “there should be no place for terrorists to hide.”

“We need to make sure that organizations like WhatsApp, and there are plenty of others like that, don’t provide a secret place for terrorists to communicate with each other,” said Rudd on BBC One’s “Andrew Marr Show” on Sunday.

“It used to be that people would steam open envelopes or just listen in on phones when they wanted to find out what people were doing, legally, through warranty,” added Rudd. “But on this situation we need to make sure that our intelligence services have the ability to get into situations like encrypted WhatsApp.”

Therefore, investigators are unable to see if Masood sent a message before the attack, and if so to whom–hence the UK investigators’ request for a backdoor. Police believe that Masood acted alone in the attack and are determined to understand if he “was a lone actor inspired by terrorist propaganda or if others have encouraged, supported or directed him.”

WhatsApp isn’t the the only app that uses end-to-end encryption. Apple’s iMessage service features the same level of security. In February of last year, Apple CEO Tim Cook spoke out against building a backdoor to the iPhone, after his company was asked to assist the FBI in unlocking an iPhone linked to the terrorist attack in San Bernardino, California. Cook said the backdoor would be “too dangerous to create.”

On Sunday, however, Rudd said, “I would ask Tim Cook to think again about other ways of helping us work out how we can get into the situations like WhatsApp on the Apple phone.”

Rudd said she is planning to meet with internet technology giants Google, Facebook, and Twitter later this week to discuss the issue further, but it’s unlikely that any of these companies will be willing to take a gamble with their users’ security.

According to BBC, a WhatsApp spokeswoman said that the company was “horrified at the attack” and is cooperating with the investigation.

Alexis Evans
Alexis Evans is an Assistant Editor at Law Street and a Buckeye State native. She has a Bachelor’s Degree in Journalism and a minor in Business from Ohio University. Contact Alexis at aevans@LawStreetMedia.com.
Share:
Related ItemsEncryptionFacebookKhalid MasoodLondon AttackUKWestminster TerroristWhatsApp