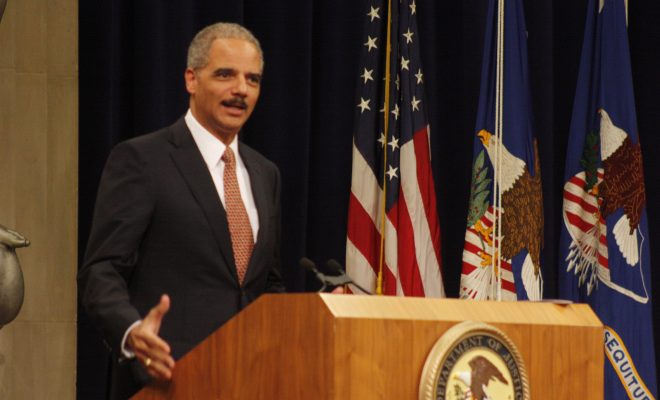 Uber leadership is scrambling to react this week to the sexual harassment allegations of former employee Susan J. Fowler, whose blog post on her experience at Uber has gone viral. Fowler describes how she was repeatedly sexually harassed and discriminated against yet every time she made a report to her managers or to human resources, she was dismissed. Fowler’s story throws a spotlight on sexism in an industry that loves to paint itself as forward thinking and inclusive, and her experience was not an isolated case–as Fowler’s blog gained traction, women from a range of companies began sharing their experiences with sexual harassment in the tech world.

Uber’s reputation already took a hit this winter when #deleteUber began to trend after Uber failed to condemn the Trump Administration’s immigration ban and continued sending cars to airports during a tax driver protest. After Fowler’s blog post, the deleting trend is back in full force. With rival Lyft picking up some of the client base that was once so loyal to Uber, the company’s reputation–and financial success–could begin to crumble.

Uber CEO Travis Kalanick has stated that he was disturbed and shocked by Fowler’s experience and within a matter of hours had hired former U.S. Attorney General Eric Holder to conduct a review of sexual harassment claims at the company. This will be Holder’s second venture into creating a more inclusive Silicon Valley brand. After Airbnb received widespread complaints of discrimination from hosts, Holder and Laura Murphy, former head of the ACLU, were hired to craft an anti-discrimination policy for the company. Airbnb now has hosts accept its anti-discrimination rules before they can become part of the Airbnb community, and while there have been arguments that the rules are not actually effective and that they don’t go far enough, the new rules were at least a step in the right direction. Holder has always been a staunch advocate for civil rights and was fully committed to women’s rights during his tenure as attorney general–but is he truly being asked to overhaul Uber’s culture or simply being brought on for publicity reasons?

There are doubts that Holder’s team will be able to defeat sexism in an industry where women are rarely given a seat at the table within a nation where sexual harassment has gone unpunished for decades and where the sitting president has bragged about assaulting women. Uber, like most companies across Silicon Valley and around the world, prioritizes results over respect for women in the workplace. Multiple interviews from current and former Uber employees have revealed that the work environment can be very hostile but that no one reports it out of fear of retaliation.

Now that Fowler’s case has shone a spotlight on a reality that we often ignore, Uber has at least taken steps to acknowledge the problem immediately, both by hiring Holder and by issuing a message that acknowledges Fowler’s case when users try to delete the app. However, over the coming weeks as media attention shifts, Uber may have minimal incentives to improve its sexual harassment policies. Uber is still an exciting company for any young developer to work at, and while Fowler’s case may give female programmers and engineers pause, there is little reason to think that many male candidates will choose not to work at Uber because of Fowler’s story.

The most effective boycott would be taking #deleteUber a step further–don’t work for Uber. If Uber takes a hit in its hiring pool, that is when it will truly feel the pressure to reform. It is the responsibility of young, qualified candidates who are working in Silicon Valley to turn down offers at companies that subscribe to a toxic work environment that devalues female voices. Holder will be working to create new policies and investigate past offenses, but his investigation will be futile if we continue to ignore the results and sign up for Uber just the same.

Jillian Sequeira
Jillian Sequeira was a member of the College of William and Mary Class of 2016, with a double major in Government and Italian. When she’s not blogging, she’s photographing graffiti around the world and worshiping at the altar of Elon Musk and all things Tesla. Contact Jillian at Staff@LawStreetMedia.com
Share:
Related ItemsAirBnBEric HolderSexual HarassmentSilicon ValleyStripeSusan FowlerUberWomen in STEMWomen in the WorkplaceWomen's Rights