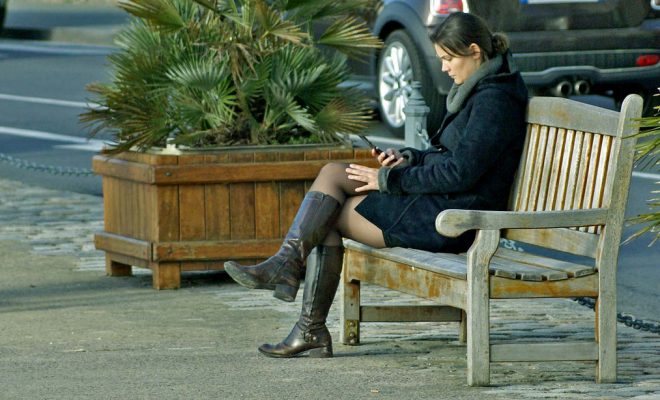 This phenomenon is also known as nonconsensual pornography (NCP), and is defined as the distribution of sexually explicit photos or videos of someone else, without that person’s permission. This has become an increasingly worrisome problem in the age of technology. Many young men ask their girlfriends to send them explicit photos, many women comply, and vice versa. But a breakup with the wrong kind of person could mean that those photos end up publicly available on some website, often with the subject’s name and personal information. In most cases, men post the photos or media online as a response to a perceived wrongdoing. Not only is revenge porn a form of online harassment, it can also lead to further harassment for the victim.

Though most cases of revenge porn involve photos that women take themselves for private use, or those taken by a partner, some cases are more complicated than that. In 2009, 32-year-old hacker Luis Mijangos gained access to multiple people’s computers by sending them files with malware that hijacked their webcams. He was able to see whatever was going on in front of the camera and saved pictures and videos of people nude or having sex. Sometimes he sold his services to men who wanted to spy on their girlfriends or wives, sometimes he extorted the victims for money. But in some cases, he just wanted to watch people, and that’s creepy enough.

Today, more and more states have legislation that criminalizes these acts, but as it is a relatively new concept, many do not, and many law enforcement officials don’t know how to handle it. In those cases, victims often need to rely on federal laws and related criminal statutes that may apply.

What do you do if it happens to you?

According to Cyber Civil Rights, you should make sure to save any evidence of the revenge pornography, like results from Googling your name, screenshots of the pages, texts, or emails that were sent to you–basically anything that proves you are a victim of NCP. When you have saved the proof you need, most social media websites restrict nudity, so you can report any photos or videos you want taken down. When it comes to other websites though, it can be trickier than that.

The Communications Decency Act protects websites from prosecution if they are a mere medium for others to post information. If the website has no “opinion” and doesn’t affect the content whatsoever, it is not liable for anything that is found on there. But as soon as someone representing the website publishes or edits any content, they can no longer claim immunity and you can likely go ahead and sue them.

Another option is to take advantage of existing copyright law. This only works if you took the photo yourself. A photo taken by a person is automatically protected under copyright law and the “author” of it can demand that it be taken down from any website simply by sending a letter, quoting the Digital Millennium Copyright Act. But if someone else took the photo in question, or if you want to claim damages, you would have to file a lawsuit.

You could try utilizing some other laws, depending on your location. In some states it’s a crime to take nude photos of someone else without their knowledge and it can be punishable as disorderly conduct. Harassment laws could also be an option, though they require repeated actions, not singular incidents. If you are under 18 and someone shares nude photos of you, that is a crime, as it’s likely considered child pornography and could lead to prosecution, a considerable prison term, and require that person to register as a sex offender. As cases of revenge porn, and the backlash against them, become more prevalent–this is good info for all of us to have.