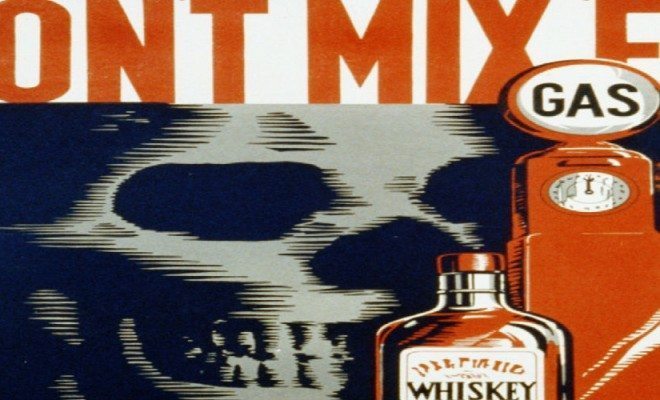 Alcohol Apps Can Save Your Rep & Your Life

Have you ever woken up after a night of drinks and fun, reached for your phone, and were mortified by some of the messages and emails you don’t remember sending?  If you have a phone and are at least twenty-one years old, it’s safe to assume this has happened to you at least once.  After recalling some of my own less than flattering moments, my mind shifts to one of my favorite television shows, GIRLS.

While I was catching up on the show I remembered an amazing invention one of the characters created. Last season Marnie’s ex-boyfriend Charlie, distraught over their breakup, couldn’t resist the urge to drunk dial her. Luckily he happened to be an app developer, so he created one for his phone that wouldn’t allow him to dial his ex while drinking.

I remember watching the episode and thinking, “if only it were real.” Although my days of partying and waking up to embarrassing messages are behind me, I did a bit of research and found out that there actually are apps that can prevent us from drunk dialing.

Drunk Dial No! allows its users to input contact information prior to drinking, and disable their ability to contact the designated person until the following day. This may seem silly to some, but I’m sure this technology has prevented many people from embarrassing themselves in front of exes, from giving their bosses a piece of their mind, and from sending inappropriate messages to mom when they really meant to text Tom. Even if this app isn’t appealing to the masses, we can all agree that this technology prevents people from making bad decisions.

While drunk dialing, messaging, and emailing are potentially embarrassing, there are fewer things more devastating than the loss of lives as a result of a drunk driver. Drunk driving is one hundred percent avoidable; however, when senses are impaired and the beer muscles are on, many people don’t realize the danger they are to themselves and others while driving. In 2011 alcohol related driving fatalities had declined about 69 percent since 1982. The improvements can be credited to increased penalties for driving under the influence as well as more attention focused on informing the public of its dangers. According to a study by the Century Council, 66 percent of people killed in alcohol-related car accidents were drivers. Considering these statistics, it makes sense to support alcohol-sensor technology with laws to further reduce the amount of drunk driving offenses. Just like Drunk Dial No!, these technologies would prevent bad decisions from being made in the first place, as opposed to dealing with the consequences of bad decisions.

Several States have adopted legislation that requires individuals convicted of a DUI to have alcohol-sensor devices, known as interlock systems, installed into their cars. These devices require drivers to take a Breathalyzer test before being able to operate their vehicle. In fact, a company known as Smart Start boasts more than 200,000 alcohol-sensor installations, from which there have been more than 700 million alcohol-free starts, as well as the prevention of more than seven million alcohol starts.

In 2011 Senators Tom Udall and Bob Corker introduced the ROADS SAFE Act which would have authorized $12 million for five years toward the National Highway Traffic Safety Administration’s Driver Alcohol Detection System for Safety program. According to the legislation, the funds would be used to explore the feasibility of vehicle interlock systems and some of the policy challenges they may face in Congress. Unfortunately, this bill, which I believe would be a step in the right direction, was lost in committee and never received the attention it deserved.

The technology to save lives exists, and car manufacturers could choose to equip cars with it. However,  I have not found any information on companies considering installing the technology, and  I find it highly unlikely that it will happen without government regulation.
—
Teerah Goodrum (@AisleNotes), is a graduate student at Howard University with a concentration in Public Administration and Public Policy. Her time on Capitol Hill as a Science and Technology Legislative Assistant has given her insight into the tech community. In her spare time she enjoys visiting her favorite city, Seattle, and playing fantasy football.

Teerah Goodrum
Teerah Goodrum is a Graduate of Howard University with a Masters degree in Public Administration and Public Policy. Her time on Capitol Hill as a Science and Technology Legislative Assistant has given her insight into the tech community. In her spare time she enjoys visiting her favorite city, Seattle, and playing fantasy football. Contact Teerah at staff@LawStreetMedia.com.
Share:
Related ItemsCentury CouncilDrunk Dial NoDrunk DrivingGIRLSInterlock SystemsROADS SAFE ActTechnology