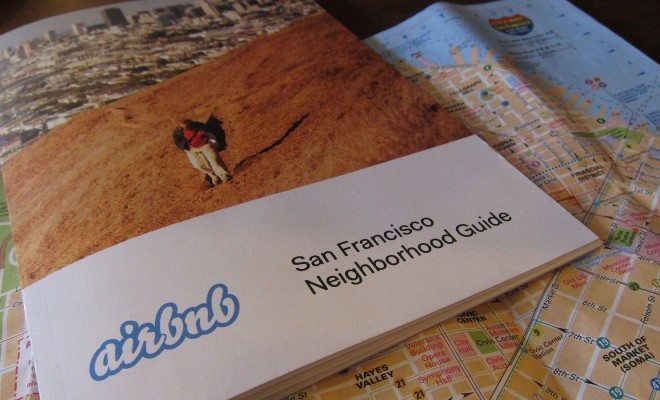 Denizens of San Francisco may have noticed something weird this week–a bunch of uncomfortably confrontational Airbnb ads. The ads gave the city condescending suggestions about what it could do with the $12 million it paid in taxes. Unfortunately, the billboards were incredibly poorly received.

Airbnb put up these ads all over San Francisco bus shelters and billboards: https://t.co/Ldc47nzoVG pic.twitter.com/QqH7V9xbR3

Currently, Airbnb is waging a battle against a proposed initiative in San Francisco, where it is headquartered. The initiative, Proposition F, will place new restrictions on landlords who offer short term rentals–exactly Airbnb’s business model. Voters will have the opportunity to vote on the initiative on November 3. Airbnb has fought rabidly against the proposal, spending more than $8 million to rally against it.

In that light, the ad campaign came across as bratty and disingenuous, at best. While the point was clearly intended to be that Airbnb is good for San Francisco, and brings in a lot of tax revenue, it came across as rudely criticizing the city for not spending enough money on public works and whining about the taxes levied against the company. Many also pointed out that Airbnb shouldn’t be giving itself a round of applause just for following the law and paying its taxes.  After the social media backlash, Airbnb apologized and took down the ads. The company also issued the following statement via Twitter:

We apologize for Wednesday’s SF ads. They displayed poor judgment and do not live up to the values and humanity of our global community. — Airbnb (@Airbnb) October 22, 2015

Given that Airbnb is currently trying to garner goodwill in San Francisco prior to the Proposition F vote, this doesn’t look good for the short-term rental giant. While Airbnb is growing like crazy, its hometown may be passing some restrictive new provisions come election day this year.

Anneliese Mahoney
Anneliese Mahoney is Managing Editor at Law Street and a Connecticut transplant to Washington D.C. She has a Bachelor’s degree in International Affairs from the George Washington University, and a passion for law, politics, and social issues. Contact Anneliese at amahoney@LawStreetMedia.com.
Share:
Related ItemsAdvertisingAirBnBProposition FPublic RelationsSan Francisco