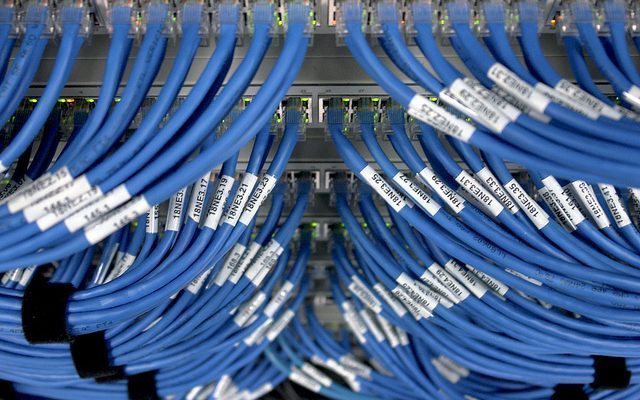 The D.C. Court of Appeals ruled Tuesday in favor of the Federal Communications Commission’s (FCC) net neutrality regulations to ensure an open internet in the U.S. In the wake of this latest victory for web activists and advocates of net neutrality, here are four things to consider as we move forward:

1. Your internet access won’t change, but it could get worse.

The FCC has been operating under stronger regulations from Internet Service Providers (ISPs) since February 2015–ISPs are now considered public utilities. However, if these regulations were not in place, ISPs would be allowed to manipulate the flow of the internet.

Debate on net neutrality focused on whether it was fair for ISPs to prioritize certain content providers who could pay more, and slow traffic to other content providers. What this meant for the average internet user was potentially higher buffering times on streaming services like Netflix and slower traffic to websites with lower priority. Yikes.

2. AT&T, lover of monopolies and telecommunications, is back at it again

AT&T has been one of the most vocal opponents of the reclassification of ISPs as telecommunication services and the government regulation that accompanies that reclassification. AT&T, among other opponents, claims that this intervention will lead to less innovation and investment.

In reaction to the ruling, AT&T Senior Executive VP David McAtee released a statement claiming, “We have always expected this issue to be decided by the Supreme Court, and we look forward to participating in that appeal.”

But we’ve already seen U.S. v. AT&T in the 1970’s when AT&T was found to be breaking anti-trust laws in its monopolization of local telephone service in the U.S. And then there was the time the company tried to buy T-Mobile but abandoned the effort after a lawsuit was brought by the DOJ’s antitrust division.

Maybe AT&T just doesn’t understand that the U.S. government and its citizens have decided that we oppose the predatory business practices that are made possible with monopolies. But in case nobody has told them; no AT&T, you can’t keep trying to re-monopolize one of the most important services in the world.

3. We still have a long way to go to ensure an open, public internet service

Internet being considered a public utility is a big step. However, while we rejoice in our ability to binge-watch “Game of Thrones” at equal speeds, individuals living in rural and poor communities still face limited internet access.

Internet use in rural areas is at 78 percent, compared to 84 percent in urban and suburban areas. However, not all internet is equal. Oftentimes in rural areas, especially in parts of the south and western U.S., internet is offered at higher prices and lower speeds.

The dialogue around internet use also often disregards the inevitable fact that for poor families, buying computers that can cost hundreds to thousands of dollars and is not a priority, and often is not possible. The internet cannot truly be considered an open, free, and public service until we address the high prices and differences in speed and quality of internet faced by rural and poor communities throughout the U.S.

4. Don’t be surprised if you see net neutrality in the Supreme Court

In case the comment from AT&T’s David McAtee didn’t tip you off, it is widely suspected that net neutrality will find itself in the Supreme Court soon as AT&T and other providers have expressed intention of appealing the case.

But until then, we celebrate this win as one step close in a battle for universal access to the internet, the largest, most empowering, and most accessible information database in the world.

Ashlee Smith
Ashlee Smith is a Law Street Intern from San Antonio, TX. She is a sophomore at American University, pursuing a Bachelor of Arts in Political Science and Journalism. Her passions include social policy, coffee, and watching West Wing. Contact Ashlee at ASmith@LawStreetMedia.com.
Share:
Related ItemsAT&TFCCInternetInternet accessLawsuitNet NeutralityTechnology