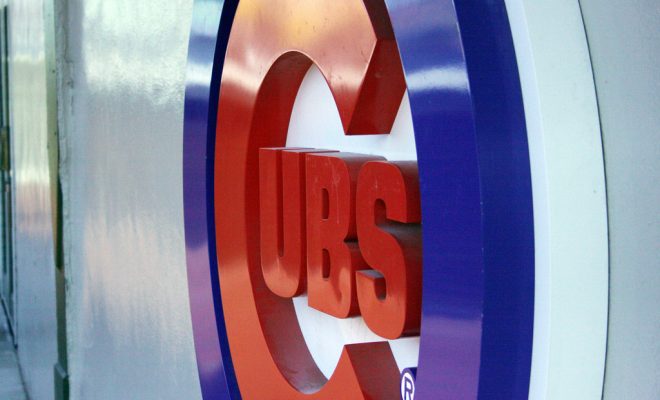 What was America Like the Last Time the Cubs Won the World Series?

The Chicago Cubs broke a 108-year dry spell on Wednesday night when they won the World Series for the first time since 1908, beating the Cleveland Indians in a 10-inning thriller 8-7. It was an epic end to a long drought. When the Cubs last won the World Series, a Hershey’s chocolate bar cost two cents (51 cents when adjusting for inflation), Franz Ferdinand was alive and presumably well, women in the U.S. were barred from voting, and Wilbur Wright brought the first manned aircraft to France.

Today, a Hershey’s chocolate bar is more than $1.50, World War I is a century old, the U.S. might elect its first female president, and over 100,000 aircrafts fly through the skies every day. What else was happening the last time the Cubbies won it all, and how are things different in the law and policy world 108 years later?

For one, just a few weeks after the Cubs beat the Detroit Tigers on October 14, William Howard Taft was elected the 27th president of the U.S. on November 3. The New York Times lede the following morning read: “William H. Taft will be the twenty-seventh President of the United States, having swept the country by a vote which will give him 314 ballots in the Electoral College against Mr. Bryan’s 169, or only 22 less than Mr. Roosevelt had in 1904. His majority will be 145.” Also on the front page that day was a crudely drawn map showing how the U.S. voted. The paper cost one cent.

Seventeen presidents later, the U.S. will be voting for its 45th commander in chief next Tuesday. While Taft beat his opponent, Democrat William Jennings Bryan in a landslide, the 2016 election is primed to be a much tighter race. Thursday’s front-page consists of a glossy photo of the Cubs whooping in victory, the FBI’s probe of Hillary Clinton’s emails, and the brutal murder of two police officers in Iowa. The paper costs $2.50.

Away from politics and the baseball diamond, another momentous occasion took place in 1908: Henry Ford’s first Model T was completed, sparking an automobile (and supply line) revolution, making them more accessible, and lifting cars from an elite luxury to a mainstream necessity. Before the Model T, there were less than 200,000 cars on America’s roads. Between 1908 and 1927, nearly 15 million cars crept along the country’s throughways and city streets. As of 2014, there were over 250 million cars in America.

And then there is this: not only were there no black (or Latino) baseball players in the MLB in 1908 (including the World Series champion Cubs), Jackie Robinson, the first black player to play in the modern configuration of the MLB, had not even been born. In contrast, according to a census taken by the Institute for Diversity and Ethics in Sport, 8.3 percent of the league is black (62 players), and 28.5 percent is Latino (214 players). The demographic shifts in the MLB largely mirror the shifts in America’s population as a whole.

In 1910, the nearest census to 1908, there were over 92 million people living in America, with African-Americans making up less than ten percent of the population (or a bit less than eight million). As of 2010, the latest census, there were more than 300 million people in America. More than 12 percent (or over 37.5 million) registered as “Non-Hispanic Black,” and 16.3 percent (or nearly 50.5 million) registered as “Hispanic or Latino.”

So what will the world look like in 2124, when, if history is any indication, the Cubs are slated to win their next World Series? Will our cars hover above the pavement? Will the White House have a gilded “Trump” sign plastered to its Northern facade? It’s impossible to forecast that far in advance. Then again, there’s always the chance the Cubs repeat in 2017. Stay tuned.

Alec Siegel
Alec Siegel is a staff writer at Law Street Media. When he’s not working at Law Street he’s either cooking a mediocre tofu dish or enjoying a run in the woods. His passions include: gooey chocolate chips, black coffee, mountains, the Animal Kingdom in general, and John Lennon. Baklava is his achilles heel. Contact Alec at ASiegel@LawStreetMedia.com.
Share:
Related ItemsChicago CubsDemographicsPopulationU.S. CensusWorld Series