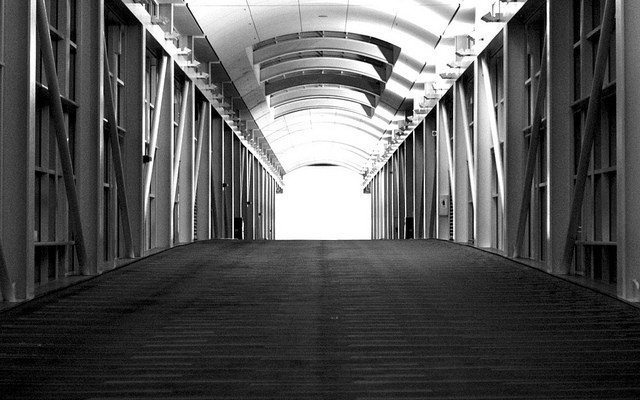 Early last week the Bureau of Justice Statistics revealed that for the first time since 1980 the federal prison population in the United States has dropped. In the last year alone, the federal prison population decreased by roughly 4,800. With new counts projecting the number of federal inmates to continue to fall by just over 2,000 in the next 12 months and by nearly 10,000 the year after, I ask the questions how, why, and what effect will this change have?

Over the past few years the Justice Department has revealed that crime rates have been dropping. Earlier this year, Attorney General Eric Holder aimed to change policies to reflect the belief that increasing the number of people behind bars does nothing to improve public safety. An example of such policies includes The Smarter Sentencing Act — which essentially seeks to eliminate mandatory minimum sentencing for defendants found guilty of first-time drug offenses — and the more recent Clemency Act, which seeks to release offenders from prison who were unfairly sentenced by mandatory sentencing guidelines. Holder has worked in the last year to reduce a prison population he says is costly and bloated. He was not wrong: in 2014 the country spent approximately $60 billion to incarcerate offenders.

Even as someone who has completed a masters in criminal justice, including a core required course in statistical management (which let’s be honest, was as horrific as it sounds), I still struggle to understand the relevance of the numbers the media is throwing at us. I agree that it is a real achievement that fewer people are being sentenced to time in prison, but I really want society to understand why it is such an achievement, and what this really means.

The decrease in prison population is certainly an incredible start to the potential success of community supervision and its benefits. The one thing these articles fail to point out is just how much further we have to go to protect us as a society, and those who enter into the system. You may be thinking at this point that I am out of my mind for considering the safety and well being of convicted offenders; however, the majority of individuals arrested and convicted are non-violent drug offenders. What the article praising the decrease in the prison population failed to acknowledge is that although certain convicted offenders will not be sentenced to prison, the conditions of their sentence lived in society carry a higher risk of future incarceration than if they were placed behind bars in the first place.

Just because these individuals are not physically locked behind bars does not mean they are not locked behind the transparent bars of social isolation. Rates of unemployment, difficulty securing housing, and loss of family are just some of the hurdles most of these individuals  contend with. Why? Because they have been stigmatized by society with their criminal label. Virtually everyone on community supervision is at risk of being detained or incarcerated upon failure to comply with the conditions of supervision. Would you be able to follow a list of conditions if you felt like no one supported you? In order to support alternatives to incarceration, we really need to welcome the culture of supervision and understand the positives it can bring us. Not only will we be spending less money on the safekeeping of these individuals, but intervention and supervision can be accurately given to each offender to prevent re-offenses, interrupt the cycle of crime in families, and shake up the social disorganization within communities.

Regardless of whether you believe crime is a choice, crime is inherited, or crime is learned, the solid facts are that crime happens. By locking individuals up without any guidance, or even attempting to work on understanding the cause, the likelihood of reoffending is just as high if not worse than it was before that person was put in jail. Legislators clearly have been able to understand the reality that sending people to prison does nothing for public safety, so now it is time they invest money into supervision agencies to aid offenders in the right way. In order for this to happen, well-trained staff, evidence-based programs, and support from others is essential.

It is essential we maintain a safe environment for everyone in our communities. The notable decrease in the overall American incarceration and crime rates is something that hasn’t happened in more than 40 years. This hopefully marks the start of a revolutionary change for the U.S. criminal justice system.

Hannah Kaye
Hannah Kaye is originally from London, now living in New York. Recently graduated with an MA in criminal justice from John Jay College. Strong contenders for things she is most passionate about are bagels and cupcakes. Contact Hannah at staff@LawStreetMedia.com.
Share:
Related ItemsAlternatives to IncarcerationAmericaChangeCommunityCommunity SupervisionCrime in AmericaCrimeratesCriminal JusticeDecadeDefendantFeminismGuidelinesHopeIncarcerationInnocenceJusticeLawLegislationParolePolicyPoliticsPopulationPretrialPrisonProbationReentryRevolutionSentencingSocietySupervisionSupportUnited States