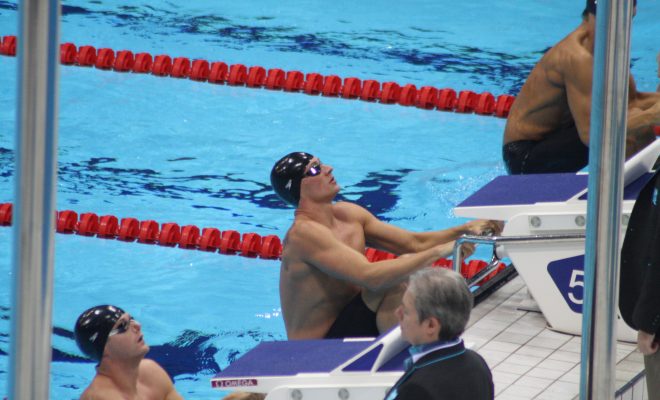 Was Ryan Lochte Lying About the Rio Robbery? Brazilian Investigation Gets Messy

UPDATE: Ryan Lochte has since issued an apology for his behavior:

A bizarre story just got a whole lot messier. Earlier this week, it was reported that Ryan Lochte, along with three other U.S. swimmers, were robbed at gunpoint while returning home from a party in Rio. The news seemed to affirm worries that the country was not in great shape to hold the 2016 Games, which so far had seemed to be incident-free, and the robbery of a high-profile athlete such as Lochte didn’t bode well for the country’s image. However, Brazilian police are now alleging that the swimmers’ accounts of the robbery are not adding up, and a judge has ordered that the passports of Lochte and swimmer Jimmy Feigen be seized so that they can conduct an investigation into the claims. Last night, officials pulled Jack Conger and Gunnar Bentz, the other two swimmers involved, off their plane back to the U.S. and detained them.

Lochte has reportedly already left Rio, while Feigen’s location hasn’t been disclosed. Since the news broke, there has been a lot of uncertainty surrounding the details of what occurred late Saturday night. While the International Olympic Committee originally vehemently denied that the robbery took place, it quickly doubled back and confirmed the claims. On Tuesday, Lochte told USA Today that the incident was not originally reported because “we were afraid to get in trouble.”

Now, recent video footage has shed light on inconsistencies in the athletes’ accounts of that night. Footage released by The Daily Mail allegedly shows the athletes returning to the Olympic Village early Sunday morning and going through the x-ray machines with items they claimed were stolen in the incident. The actual timing of the return did not match up with the time that the swimmers claimed to have returned. Additionally, the owner of the gas station where the robbery was said to have occurred also told the Daily Mail that, in the surveillance video he turned over to the police, there was proof that the athletes were never there that night.

It is this video in particular that allegedly prompted the judge to order the passport seizure. Filing a false police report is a punishable offense in Brazil that can lead to jail time.

Fortunately for Lochte, he is back home safe and sound: if he was still hanging around Rio, the judge’s order would prohibit him from leaving the country while the incident was being investigated. His lawyer told CNN that even if an arrest warrant was issued by Brazilian authorities, Lochte would not be turning himself in.

Lochte, the 11-time Olympic medalist, responded to the accusations in a conversation with Matt Lauer. He reportedly told Lauer that Brazilian authorities had not asked him to stay in the country, which is why he left on schedule. He also claimed that he  “wouldn’t make this up,” although there were slight inconsistencies with the account he told Lauer from what he originally told the Today Show’s Billy Bush.

Lochte and the other swimmers better get ready: until and unless their claims are corroborated, they will definitely face anger from the Brazilian people for maligning their country. While there’s a lot of speculation surrounding what exactly happened, one thing’s for certain: an already-unpredictable Olympic Games just got weirder.

Mariam Jaffery
Mariam was an Executive Assistant at Law Street Media and a native of Northern Virginia. She has a B.A. in International Affairs with a minor in Business Administration from George Washington University. Contact Mariam at mjaffery@lawstreetmedia.com.
Share:
Related Items2016 OlympicsBrazilOlympicsrio 2016Ryan LochteSwimmingUSA Swimming