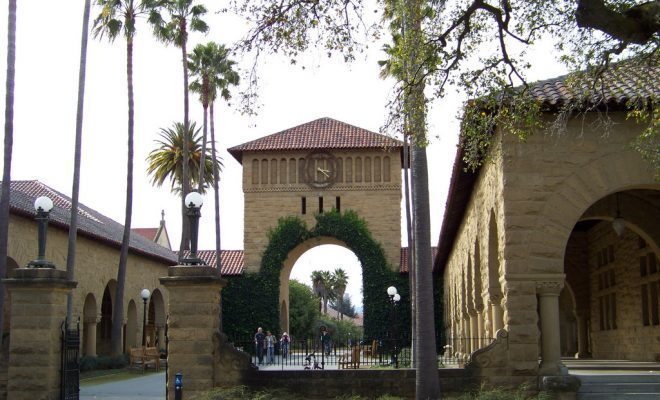 Ex-Stanford student and swimmer Brock Turner, who most of us are acquainted with by now, has been banned for life by USA Swimming. Turner, who was sentenced to an upsettingly mild sentence of six months in jail for sexually assaulting an unconscious student in 2015, was a promising athlete with his mind set on the Olympics. Now he will never be able to compete professionally in swimming since USA Swimming is the national governing body for the sport, and also hosts the trials for the Olympics.

USA Swimming strictly prohibits and has zero tolerance for sexual misconduct, with firm Code of Conduct policies in place, and severe penalties, including a permanent ban of membership, for those who violate our Code of Conduct.

Although sentenced to six months, it now looks like Turner will be a free man after only three–online inmate records from Santa Clara County Jail show that he is to be released on September 2. This is because inmates at county jails only serve half the time they were sentenced if they behave well. On top of that, he is reportedly held in protective custody to keep him safe from other inmates during his short jail stay.

#BrockTurner will probably serve HALF of the 6 month sentence+is placed in protective custody as to not be targeted. pic.twitter.com/UNowixpccG

Turner was found guilty of three felonies, which carry a maximum sentence of 14 years in prison–but the judge thought it too harsh for the 20 year-old, saying “a prison sentence would have a severe impact on him,” so the judge sentenced him to six months in a county jail. The assailant’s father also read a letter in court, pleading for a mild punishment, saying, “he has never been violent to anyone including his actions on the night of Jan 17th 2015.” This seems like a strange statement about someone who was found guilty of attacking an unconscious woman.

The girl who was assaulted read her moving statement in court and it was later published on Buzzfeed, to which Vice President Joe Biden replied with an open letter expressing his anger with what happened and thanking her for her courage to speak up. Both of them praised the two Swedish students that rescued her and held on to Brock Turner until the police showed up.

Brock Turner is blowing up but these men (Carl Fredrik and Peter Jonsson) rescued the girl and called the police. RT pic.twitter.com/vMqZePrYMn

The judge, Aaron Persky, has been widely criticized for the lenient sentence and urged to withdraw. In the new and totally unrelated case he’s working on, 10 prospective jurors have refused to work with him because of the Turner case.

For more on this, read Law Street’s piece about Lena Dunham and the cast of “Girls” dedicating a video to the survivor of the Stanford case.

Emma Von Zeipel
Emma Von Zeipel is a staff writer at Law Street Media. She is originally from one of the islands of Stockholm, Sweden. After working for Democratic Voice of Burma in Thailand, she ended up in New York City. She has a BA in journalism from Stockholm University and is passionate about human rights, good books, horses, and European chocolate. Contact Emma at EVonZeipel@LawStreetMedia.com.
Share:
Related ItemsBrock TurnerCampus Sexual AssaultJoe BidenRapeRape CultureSexual AssaultStanfordUSA Swimming